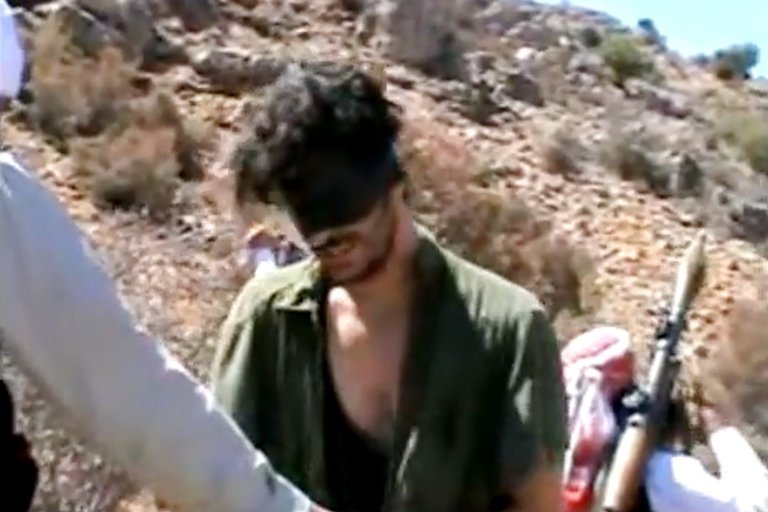 Freelance journalist Austin Tice was kidnapped by the Assad regime on August 12, 2012, one day after his 31st. birthday. Despite the herculean efforts of the Tice family to have their son released, none bore any fruits because Barack Obama, the coward, ignored the kidnapping all together. Obama did not lift a finger for Austin Tice. However, I believe Austin Tice good news bad news release possibilities exist with the right lobbying.

The good news is that Austin Tice is still alive. His parents, last August, appeared on CBS to confirm that the Trump Administration believed he was. How did the U.S. know this? This is the bad news.

The bad news, I believe, is that Assad won’t release Austin Tice until U.S. forces vacate Syria permanently. The regime, probably through Russian intermediaries, passed this message on, which is why our Pentagon was able to confirm Austin was alive. Mind you, Russia is complicit in this demand. They want the United States out of the whole Middle East.

Obviously, the Pentagon will not discuss such details with the Tice family because our military does not wish to be the subject of any civilian pressure that would ordain its strategies or troop movements. I am making this assumption not because I am privy to any intelligence but because I know the M.O. of the Assad regime intimately. From that knowledge, it is easy to make this logical assumption.

Another piece of good news that would open the possibilities of Austin release is that we have left the wimpy era of Barack Obama behind. And although Trump is no less an interventionist, this president may act if the right buttons are pushed.

With the Mueller investigation hovering low, it is important to sell Trump on the notion of Austin release as part of a campaign to weaken his foes. When Obama failed us miserably, a free Austin will rally Americans behind their president. This will impact Mueller’s runaway investigation.

How does one free Austin from the jaws of the psychotic Assad? When Assad was at his weakest, and before Russian interference, Obama looked the other way. The wimp refused to save an ex-U.S. Marine Officer when he had every opportunity to help.

Diplomacy is not a language Assad speaks or understands. He only understands two languages. Pragmatism and force. Any diplomatic effort to free Austin will fail miserably (Are you listening John Kerry?). The only immediate language left is force.

As we have stated previously in another Blog, President Trump should send Assad the following message:

The bombing of Assad government buildings should continue until the language of pragmatism kicks in and Assad calculates the cost/benefit of his own policy against the backdrop of a determined US president with mighty military power behind him.

This is our own Austin Tice good news bad news release possibilities.

What happens if Assad decides to kill Austin? One might ask. Then the bombs will continue falling, which is why Austin will become the most precious insurance policy Assad may have to save his own skin. It is all about the language of force with this regime. Anything else will fail.

Unlike his predecessor, Donald Trump would be willing to act in this manner if he knows he could free Austin and at the same time relieve himself from the chokehold Robert Mueller has on his administration. Who will stand by the Democrats when their own president abandoned an ex-marine to the likes of Assad and this president, through sheer will, saved him?