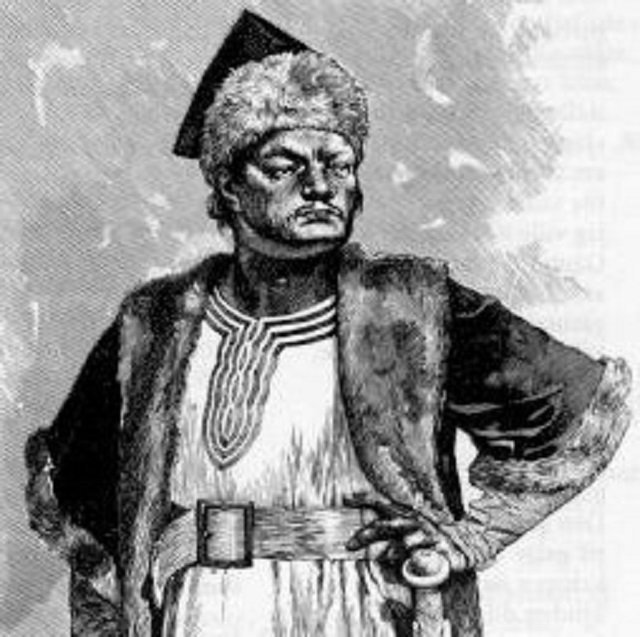 Attila the Hun reborn as Assad the Arab

The Druze religion believes in reincarnation; that a soul is reborn in another human body years or centuries later. If so, then we say Attila the Hun is reborn as Assad the Arab.

How nations and Arab governments view the Assad regime is a subject worth exploring. The fact is like the era of Attila the Hun, the whole Assad system of government relied on one factor to survive its anomaly: TERROR.

Within the Arab League confines, the regime was known as an extortionist well-oiled machine. Special emissaries, some of whom we know personally, were constantly dispatched to the Gulf States to return with fat checks written in Hafez al-Assad‘s personal name. Assad perfected his machine of terror against rich Gulf States and many harbored immense fear for his unpredictability and capacity to harm their interests.

So much so that many of the Gulf ruling families married Syrian women (Present King Abdullah of Saudi Arabia is married to an Alawite cousin to Rifaat al-Assad) in order to keep Assad off their back.

Like Attila the Hun, the Assads relied on war booty and new sources of income to maintain peace at home. Attila’s history of terror against the Roman Empire had one aim: To extort gold to keep his rule safe back at home.

The Soviets, the Godfathers of the regime in Damascus, relied on Assad to either start wars in the region (1967 and 1973) or to destabilize it during a time the Cold War pegged Soviet spies against their American counterparts in a high-stake game where oil reigned supreme. An extortionist Assad served well the Soviet interests because Gulf money was channeled back to Russian coffers hungry for foreign currency to equip Assad with their latest weaponry.

The Americans, on the other hand, viewed Assad as an imperfect reality. The CIA has always dealt with the regime from a pragmatic point of view (As a rendition destination) and occasionally was able to manage favors with the Assads with regard to fighting its own enemies; or, as in the case of the liberation of Kuwait in 1990, even elicited Assad‘s help. The Soviet collapse accelerated those relationships and given Assad propensity to ignore international laws and protocol, he served the interests of the CIA well enough to keep the Americans at bay.

The European governments, on the other hand, were always weary of his terror machine ever since the Syrian Air Force Intelligence chief Gen. al-Khouly hired Carlos in the early seventies to terrorize their capitals for no reason but to establish his reputation. Like Attila the Hun fought the Gallic nation in the battle of Chalon, Assad extended his piss perimeter to France and beyond. There are several known acts of terror in the early seventies and well in the late eighties attributed to Assad in such cities as Paris, London, Berlin, Rome, and many more.

With regard to Israel, Assad outsourced his terror to Palestinian groups with known acts of violence around the world.Â  The attempt at an El-Al flight in 1986, using a proxy Jordanian born terrorist named Nezar al-Hindawi, is just one example of how the Assad terror did not exclude anyone. Ever since Israel has dealt with Assad as a practical enemy and as long as the Golan Heights remained calm, the Israelis were pragmatic enough to leave this Hyena feeding on everyone as long as it did not trample upon its own security.

This policy gave rise to the erroneous notion that the Israelis protected the Assad regime when in fact the Soviets and later the Russians were always and still to this day his real protectors. Israel dealt with him in a give-and-take policy that served Israeli interests.

The Assad era is coming to an end. Suddenly the world is realizing that eradicating the Assad terror may yet be a blessing in disguise; the old timers, who have built their careers on developing balanced relationships with the Assads, are screaming bloody hell today because their engineering is about to collapse as surely as Assad is. But this new generation of Euro leaders like Cameron and Sarkozy see in his demise an opportunity for a new order in the Middle East. So do the Israelis, the Gulf States, and the US (Without sticking out its neck too much). The Russians are unhappy and the Chinese see an opportunity to penetrate deeper into the Middle East markets to sell their goods.

How do Syrians feel? We are relieved to see his era reach its end even though we paid the ultimate price during the tenure of this family and are paying even a higher price for its exit.

Attila the Hun reborn as Assad the Arab