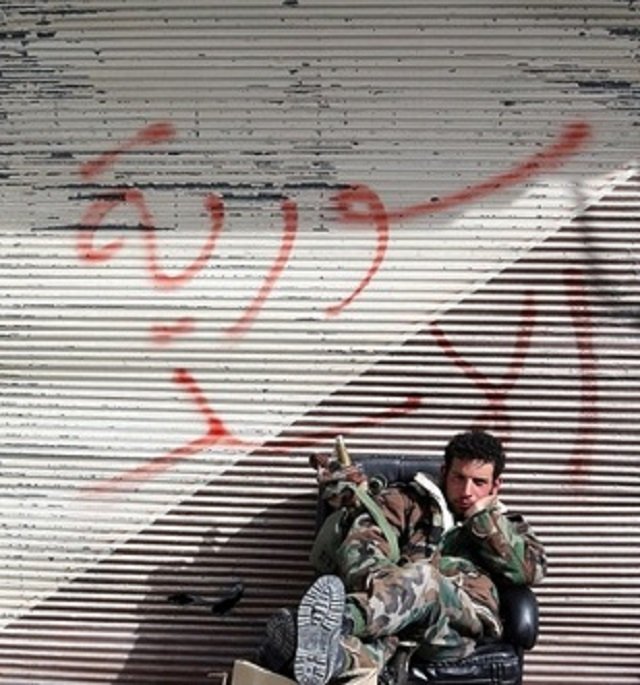 Assad granted an amnesty on Saturday for people in war-torn Syrian who have dodged service or defected from the army, state news agency SANA reported.

According to SANA, Assad issued a decree “which grants a general amnesty to those who defected and are still in or have fled Syria”.

Assad’s amnesty is yet another desperate sign of depleted Syrian forces. It will fail for several reasons one of which Assad pays his troops in worthless Syrian Liras while the rebels pay in Dollars.

In addition to depleted Syrian forces, Assad’s amnesty is pure propaganda aimed at showing a momentum shift in Assad’s favor.

Assad is trying to take advantage of Obama’s Iran deal to show the war is shifting his way when the truth is anything but.

The special decree is the second amnesty in just over a year. The first amnesty failed to convince any defectors to switch sides. It stipulates that defectors who fled the country have two months to hand themselves in, while those still inside Syria have one month.

There were no details given for draft dodgers. Bewteen defectors, dodgers, and death, Assad’s depleted Syrian forces are suffering from irreversible attrition.

The articles do not, however, refer to army members who joined the ranks of “the enemy,” or who used their weapons against orders.

A military source told AFP that the decree “only includes those who defected and who did not participate in military activities after their defection or stain their hands with blood.”

In early July, Damascus launched a mass public campaign to encourage citizens to enlist in the army.The campaign’s results were dismal. It forced Assad to dispatch special units door-to-door to force dodgers into service t recover from the damage of depleted Syrian forces.

More than 80,000 soldiers and pro-government militiamen have been killed since the beginning of Syria’s conflict in March 2011, making up more than a third of the war’s total toll of 230,000. At least 70,000 men have also dodged military service throughout the country.

The deaths, defections, and difficulties in enlisting new recruits have more than halved the army’s size since 2011, experts say.