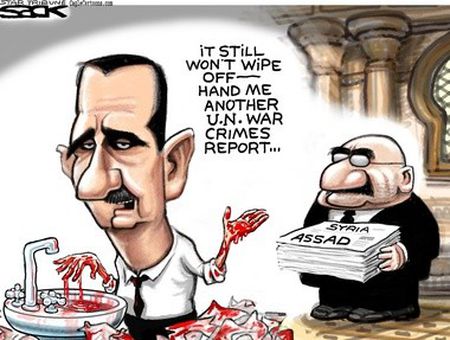 Assad holding Syria hostage to his terror relies on two countries to keep him alive: Russia and Iran. The other side of the coin, Assad can count on the might of the United States, Turkey, and Israel to dislodge him from power. With Iran faltering slowly under pressure from sanctions and Russia’s bandwidth limitations to protect an unpopular regime for an extended period of time while also battling the west, the Assad shelf life will expire soon.

Turkey wants Assad dead immediately, but the United States and Israel are waiting for other puzzle pieces to fall in place first.

Meanwhile, Assad believes he has survived. Count on his naivete to keep him floating on cloud nine until a bullet travels through his brain. There is no way in hell the regional powers are going to keep him in power. Especially not the U.S. and Israel now that Sunni extremists have been defeated determinedly.

Assad thinks he is General Franco.

Between his chemical gas manufacturing-and-use inclinations and empowering enemies of Israel, Assad shelf life will expire soon. He thinks he is General Franco, the Spanish fascist dictator the post-world II allies kept him in power to battle the communists. In reality, he is a tiny asset who made the mistake of empowering the Islamist extremists. He played the wrong cards in the wrong game. His father would have surely told him that. 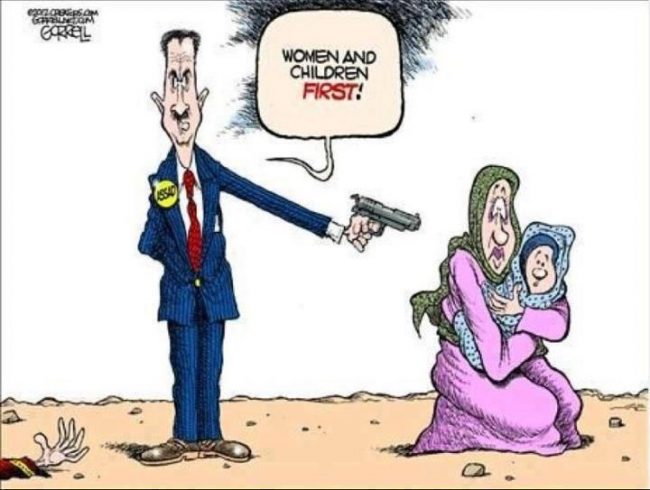 One large piece of the puzzle is the impact of Turkey on a vacuum in Damascus should Assad perish too soon. There is no doubt that if the opportunity presents itself, Turkey, under today’s leadership, would be willing to turn Syria into another Gaza. By attempting to install an Islamist government whose enmity to Israel will introduce another cycle of violence and wars. Why should the U.S. and Israel take that risk?

For one moment, consider what a Democrat in the White House might do to Putin after he helped usher Trump in 2016

So, before Assad expires, the politics and ideology of President Erdogan of Turkey must expire first. His retirement, his loss in elections, or his sudden death will start the clock on Assad’s life. It is Erdogan before Assad to protect Syria from an Islamist takeover.

Imagine that! Assad archenemy must leave the scene first before Assad shelf life expires. So Shakespearean!

A small part of Assad knows it, but the terrorist occupying Damascus is counting on Russia to save his skin. Over the long overhaul.

A DEMOCRATIC U.S. PRESIDENT IS COMING AFTER PUTIN

For one moment, consider what a U.S. President Democrat in the White House might do to Putin after he helped usher Trump in 2016. We doubt Russia might have the staying power to sustain itself, let alone the Assad regime, should the U.S. and its intelligence services go after Vladimir Putin big time. Assad will simply become a vulnerable orphan. Easily reachable as part of a negotiated deal maybe in the form of “less sanctions against Russia in return for Syria”. The bullet to Assad’s head will travel faster than the news.

The psychotic Assad is acting today as a victorious gladiator who just slayed a lion. Not realizing that those in power watching him in the arena intend to give him the thumb down at the right time. They are just waiting for one large piece of the puzzle to fall in place.

Could this be why the United States stands up when the flow of Syrian refugees might endanger its interests, but sits down when Assad bombs in Idlib the Muslim Brotherhood fighters affiliated with Turkey?