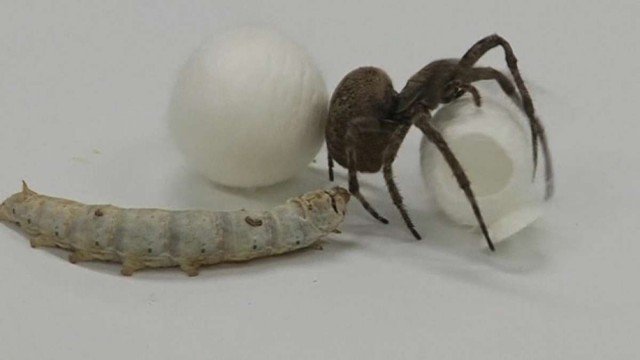 November 9, 2014 8:10 am 0
In-fighting Among Assad Loyalists on the Rise
Syria’s Future: Alawite Military Coup, or Regional Civil War
What Have the Sunnis of Syria Done to Deserve Ethnic Cleansing?

Wherever you find money, you find rumors. Both are inseparable, and Washington is no exception.

Many rumors die as soon as they are born; others stick until either proven right or wrong.

However, two-source rumors from two people who do not know each other have the distinct honor to be called “Diamonds in the rough”. You have no choice but to pursue them vigorously. This one speaks of an Assad secret alternative.

It crossed my communication lines few weeks ago and then again recently. It leaked of an Assad secret alternative plan to replace him with a figurehead acceptable to all the feuding parties in the Middle East. To those too stubborn to accept an Assad secret alternative, I am told they will have little objection to his personae when their arms are twisted because he has the “magnetism” (The word my source used) to unite everyone. I am told this figurehead is a secret commodity, not presently in the limelight or part of the Syrian dissident community.

One of the sources, a past US Government high official (A Democrat through and through no less), told me that Barack Obama approved Baschar al-Assad’s alternative personally. The plans to mobilize him remain active, but on hold because the conditions on the ground are not favorable yet. For one, ISIL has to be defeated first, and second, the US intelligence community believes the minorities of Syria must reach a breaking point, which may have already begun.

This may explain fully why Obama has not struck the Assad forces. If the rumor of an Assad secret alternative is true, Obama may have a solution to pull the Sunnis back into the US fold. He may be waiting on his negotiations with Iran to activate the plan.

What would happen to Syria as a sovereign country, I asked? The Kurds will have their territories in the north and that is it. Why the rest of Syria remains united, I asked. The answer was because the US needs a strong ally in the future to defeat Hezbollah. A broken Syria proliferates the terror of Iran’s proxies.

Personally, I am agreeable to the Kurds of Syria joining a nation of their own under conditions that are favorable to the Arabs and the Kurds. The Kurds have suffered enough and should have been part of the Balfour Declaration. They are not Arabs to merge with other Arabs, nor do they abide by the same history or traditions. In fact, Syria and Kurdistan will benefit equally from a strong and strategic alliance.

I oppose a minority-led rupture because it will embolden violence.

In Hama and Homs, for example, Alawites and Sunnis co-existed together (Credit the Assad regime for this), and there have been many instances of one neighbor helping another and staying in touch. Such connections will be lost if Syria splits apart. The extremists will have a field day educating everyone about hate.

It is important to realize that Sunni critical mass in almost every Arab country has led to violence, hate, or exclusion of the minorities. Not so in Lebanon, Israel, and to a certain extent in Jordan where sectarian co-mingling leads often to peaceful co-existence. Just ask this Muslim writer who grew among the Lebanese Christian community how effective this upbringing is for peace.

This begs the question then. What is Obama waiting for to destroy ISIL completely if an alternative to Assad stands behind the stage ready? My guess, he may be waiting for November 24, the P5+1 designated deadline for Iran to come clean.

If there is anything we learned about Barack Obama, it is his capacity to ignore the immediate danger because he thinks confronting it mitigates a more favorable outcome in the future. So far, he has been wrong on all accounts because danger has moved faster than his decision-making process.

Further, my guess is the S-300 missile system Assad claimed to have purchased may not be because he fears Republicans; it may be because Russia got wind of the Assad secret alternative.

In-fighting Among Assad Loyalists on the Rise
In Syria’s war, Alawites pay heavy price for loyalty to Bashar al-Assad
The Future of the Alawites and the Orthodox Christians in Syria
Opinions 1017 Slippery Barack Obama 976 Syrian Democracy 30 Syrian Revolution 1335