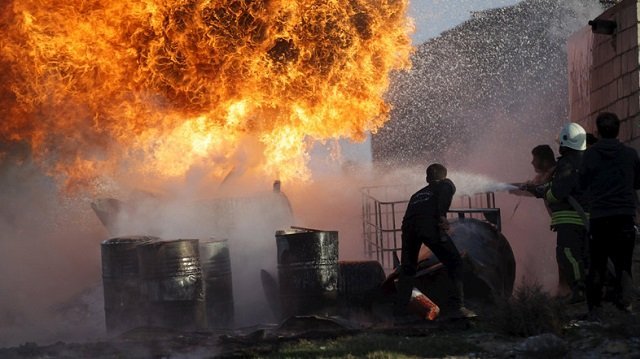 March 13, 2016 7:11 am 0
U.S. peace talks on Syria over before start?
The Sunni Tsunami lurking below the surface
How Will Assad Be Held Accountable For Crimes Against Humanity?

New fresh calls for the ouster of dictator Baschar al-Assad to leave power were voiced by the opposition on Saturday, as peace talks loom to find a solution to the five years of civil war. Chief opposition negotiator Mohammad Alloush said “Assad must go dead or alive” if the peace to talks to be held in Geneva on Monday are to succeed.

“We believe that the transitional period should start with the fall, or death, of Bashar al-Assad,” chief opposition negotiator Mohammad Alloush told Agence France-Presse.

The UN-brokered indirect negotiations are due to begin in Geneva on Monday, the latest international push to find a solution to Syria’s five-year civil war, which has killed more than 270,000 people and forced millions from their homes.

Government negotiators are expected in Geneva on Sunday, where delegates from the main opposition group, the High Negotiations Committee (HNC) are already preparing.

Analysts say much has changed since the last round collapsed last month as fighting raged across the country, but that the huge government-opposition divide will complicate a settlement.

A fragile February 27 truce brokered by the United States and Russia has largely held despite each side accusing the other of violations, a development U.S. Secretary of State John Kerry said was “very significant”.

But key obstacles remain, including the fate of Assad, parliamentary presidential elections and the shape of any new government.

The HNC has repeatedly called for Assad’s departure as a prerequisite for any deal.

UN peace envoy Staffan de Mistura has said the Geneva meetings, opening on the eve of the fifth anniversary of the start of the conflict in March 2011, would not last more than 10 days.