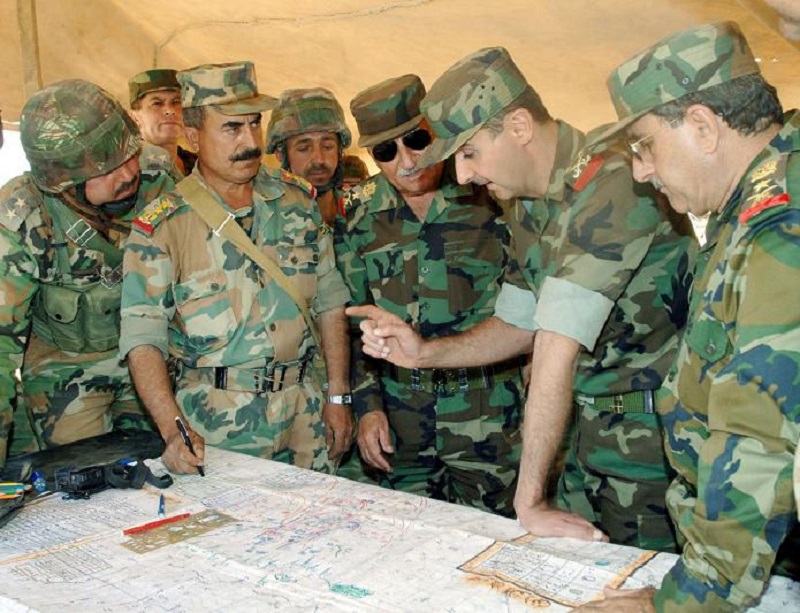 Unlike his father Hafez al-Assad who managed to keep the peace in Syria, this Assad life will be spent fighting endless wars. Just observe the number of regional and international stakeholders vying for either land or submission to grasp the longevity of Syria’s troubles.

None includes internal score settling, which this Assad has managed to exasperate to the nth degree. Between the Kurds carving a space and the Sunnis’ historical long memories, the regime in Syria will be traveling the war paths for a long time. Even if Assad wins the Idlib Province back, underground guerrilla warfare will keep Syria on fire.

The west, led by the United States, is adamant about expelling Iran from Syria, which may or may not happen. It is to Assad’s own interest to keep the Iranians occupying Syria because it delays any notion of regime change, which may not be even on the list of US priorities. Nonetheless, Iran provides the Assad regime with an insurance policy against this eventuality.

But Iranian presence in Syria also attracts Sunni violence. Be it ISIS or by some other name or form, some Sunnis, Arabs and otherwise, see Shiite Iranian expansionism as Sunni abridgement. That fire will never expire the same way Constantinople fire has not expired for the Orthodox Christians, and will, because Damascus was the Umayyad Caliphate capital, keep Syria’s wars going. It will also keep Assad fighting these wars for the rest of his life.

While Assad believes Idlib represents the last leg of his turbulent journey, TFS believes others see Syria as an Alamo of sort. This might explain why ISIS members came from all over the world. Their duty call maps clearly Assad’s future as a war general fighting  until his last breath.

What you see today in Russia is the result of weak and uninspired policies by two successive U.S. Presidents. America made Russia look powerful.

Besides the domestic factions and the foreign stakeholders, one must not forget Syria’s economy and dilapidated status. Such chaos begets more chaos that would affect regime insiders. There is so much a populace can sacrifice before exploding again. Never let anyone tell you Assad has tamed the civilians, which includes Assad strongholds. Like the Sahel region. That x factor is hardly dormant.

Russia is a country of 1% thieves, 4% helpless brains, and 95% peasants that relies almost entirely on oil exports to lift its economy. Where the world sees American entrepreneurs in Silicon valley, the same world sees Russian mercenaries in Siberia. Russia is a country of wolves eating other wolves, which is another way of saying it has no future as a superpower. What you see today in Russia is the result of weak and uninspired policies by two successive U.S. Presidents. America made Russia look powerful.

In the short term, Russian assistance in Syria will keep Assad afloat; however, in the medium term, Russia’s internal problems will prevent it from playing the role of a knight in shining armor. Soon, Assad will be on his own, backed by the Mullahs in Iran, still fighting one country or another, one people or another.

That’s Assad destiny, which is the result of his incompetence. Just ask his father Hafez what he thinks of his son. The fox of Damascus handed Syria to Baschar al-Assad on a silver platter. Only to see it ruined, shrinking, and with a worse than bleak future.

It is often said that fathers build and sons destroy. The Assads of Syria certified this axiom.