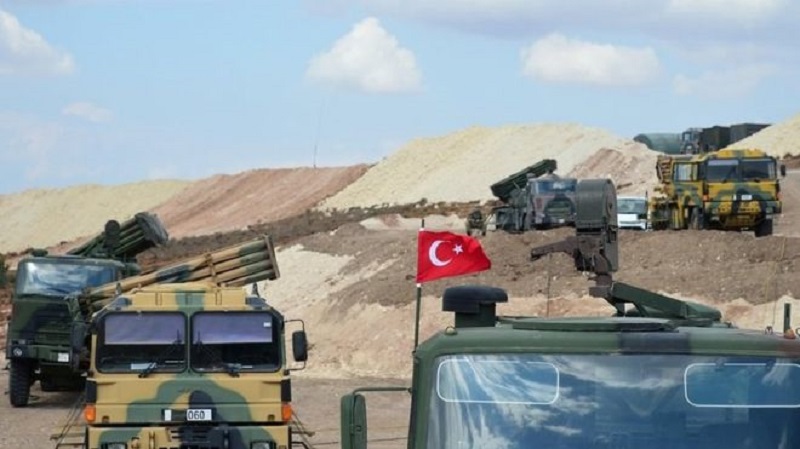 Assad Is Dragging Turkey Into His War

June 28, 2019 6:19 am 0
Assad is Stripping Family of Their Money
Topple Assad to Quiet the Middle East
Assad and Putin Struck Over 500 Medical Sites in Syria

The Assad regime killed one Turkish soldier and wounded three others on Thursday when it shelled their observation post in Syria’s Idlib region. Assad is dragging Turkey into his war to break the Turkish-Russian alliance he deems dangerous to his very own existence.

A statement from the ministry of defense in Ankara said that the Assad regime deliberately launched the attack from its own territories without any attempt at masking its origin. Turkey evacuated its wounded to receive treatment.

The ministry said that it summoned Russia’s Ankara attache to its military headquarters in connection with the attacks. Turkey then warned Russia it will respond to the attacks “in the strongest way”.

The Turkish military subsequently opened fire on the Syrian government forces’ positions from where the attacks were launched, the ministry later said.

NOT THE FIRST, NOR THE LAST ATTACK

The Assad regime carried out similar attacks on Turkish observation posts in the region earlier this month. After the previous attack, the Turkish military retaliated with heavy weapons.

Russia, which supports the psychotic Assad in his country’s war on his own people, and Turkey, long a backer of Muslim Brotherhood rebels, co-sponsored a de-escalation agreement for the area that has been in place since last year.

The accord has faltered in recent months. It forced hundreds of thousands of civilians to flee. Idlib is the last remaining bastion for anti-government rebels after eight years of civil war.

Turkey’s balancing act in keeping a foothold, as a NATO member, with the west is coming under pressure. Simultaneously, Turkey is also keeping the door open to a serious alliance with Russia. It recently acquired the Russian S-400 missile defense system that angered the United States.

A strong Turkish-Russian alliance threatens the weaker Assad of Syria. By dragging Turkey into his war, Assad wants Russia to stay clear from any Turkish influence.

Assad Is Dragging Turkey Into His War