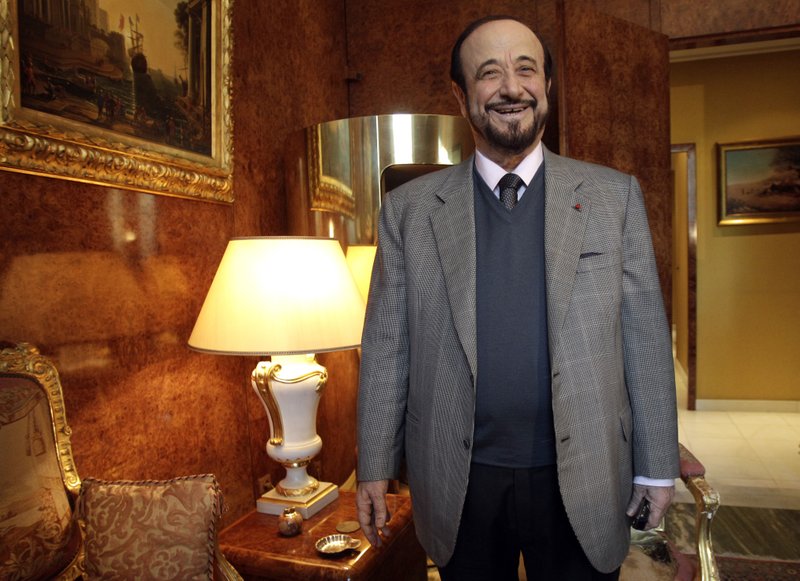 Assad is Assisting France to Indict His Uncle

December 9, 2019 2:58 pm 0
Why Assad Dictated Only 19 Cases of Coronavirus?
Hollande: Russia’s Intervention Will Not Save Assad
Between Spilling and Containment of the Syrian Civil War

The trial of Rifaat al-Assad for illegally using Syrian state funds to build a French real estate empire opened Monday in Paris. In the background, Assad is assisting France to indict his uncle by providing the evidence the French prosecutors need.

ASSAD IS ASSISTING FRANCE TO INDICT HIS UNCLE

After the Syrian Revolution began in March of 2011, Rifaat al-Assad offered himself to western intelligence as an alternative to his nephew in Damascus. Assad did not forget his uncle’s betrayal. Twice. To include a coup Rifaat al-Assad attempted against his father in 1984.

The French court excused the 82-year-old from the proceedings for medical reasons.

The former Syrian vice president and brother to ex-President Hafez Assad fled Syria after a falling out with the former ruler and a failed coup attempt in 1984. Since then, he and his large family have amassed a real estate empire across several European countries. He also continued to organize opposition to his nephew Baschar al-Assad’s regime from abroad.

Authorities have valued Rifaat Assad’s French holdings, which include several dozen apartments and two luxury townhouses in Paris, at 90 million euros ($99.5 million). Watchdog groups say the amount is well beyond his earning power as a Syrian vice president and military commander.

It is important, given the current context, to reveal where the fortune … comes from because we think it was at the expense of the civilian population in Syria.

French authorities have been probing Rifaat Assad’s finances since 2014. They filed preliminary charges against the Syrian exile in 2016; later, an investigating judge charged him with money laundering and diversion of public funds.

The presiding judge on Monday read out a list of companies linked to Rifaat in Gibraltar, Lichtenstein, and Luxembourg. She indicated that much of the case will center on the circumstances of his exile from Syria. To include his friendship with King Abdullah of Saudi Arabia, who died in 2015.

Rifaat Assad has said the funds that allowed him to buy his French real estate came from generous gifts from his 16 children and the late Saudi king. He denies all charges against him “completely,” according to Cedric Anthony-Btesh, a representative of the family.

But Vincent Brengrath, the lawyer representing Sherpa in court, said the defendant has never been able to provide a satisfactory account of how he bankrolled his lavish lifestyle in Europe.

We don’t know the source of funding and that’s the reason why, today, he is charged with money laundering.

The explanations, he said, “have never been convincing.”

Lepany, the Sherpa president, said she hopes Rifaat’s money will one day find its way back to the Syrian people. Her organization is working to develop a transparent legal mechanism for restitution that would ensure the money does not end up in the hands of repressive rulers.

France is not the only country taking Rifaat Assad to court. He faces an impending trial in Spain, where he and 13 members of his entourage have been charged with laundering around 660 million euros ($730 million) through real estate purchases. In 2017, a Spanish judge ordered the seizure of more than 500 properties belonging to Assad and his relatives.

The French trial is expected to conclude Dec. 18, though a decision is not expected for several months.

But so is Baschar al-Assad today killing thousands of prisoners

The trail will not address alleged “blood crimes”; but Brengarth said the trial marks a step toward holding the former Syrian official accountable.

Rifaat Assad, who commanded a military brigade in Syria in the early 1980s, acquired the nickname “the Butcher of Hama” after human rights groups alleged he supervised an assault that crushed a 1982 uprising in Hama, Syria. The death toll reportedly topped 20,000, a figure never officially confirmed.

Rifaat has denied any role in the Hama massacre. He accused his brother Hafez for ordering it. Additionally, in the 1980’s, Rifaat al-Assad has killed hundreds of prisoners; as well as Syrian army abuses in Lebanon in the 1970s and early 1980s.

But so is Baschar al-Assad today killing thousands of prisoners.

Assad is Assisting France to Indict His Uncle