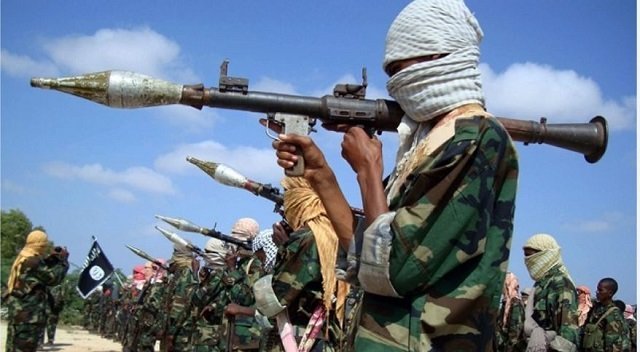 December 19, 2013 4:52 am 0
Saudi Arabia new unite and conquer spirit
The Thomas Affair: A Letter to Wayne State University
Christians Standing by Assad is like Muslims Standing by al-Qaeda

Consider the way Assad confronted America in the region ever since he ascended to power in 2000.

During the Iraq War, Assad trained, supplied, and facilitated al-Qaeda’s terror against US troops causing over 4,400 casualties and 32,000 wounded. In response, the US chose not to confront him. Not one shot was fired to weaken Assad with the exception of one raid on the Syrian-Iraqi town border of Bou Kamal that netted an al-Qaeda facilitator recruited by the Assad regime to wreak havoc on US troops. Most people have forgotten how and by whom US troops were killed in Iraq.

Forward to today’s civil war in Syria where Assad, fearing US threats to strike him, re-deployed the same Iraqi tactics by empowering and inviting the same al-Qaeda he trained to join the war in Syria against his rule. This was a high price gamble Assad reasoned would scare once again the Americans into submitting to the threat of al-Qaeda as they did in Iraq. Never forget that Assad is the arsonist and the firefighter both at once. All those voices screaming “better Assad than al-Qaeda” are but fools who fell for Assad’s ploy once again.

Assad is al-Qaeda, you dimwits and anyone who supports him is indirectly supporting al-Qaeda.

Now that he has secured the protection of his regime, Assad is trying to reign the AQ he resurrected with Iran and Russia by his side. That is how foolish the West is.

Many have argued for Assad’s survival on the basis he is a man to defeat Islamism and al-Qaeda in the Levant. Naturally, they discount how and what empowers al-Qaeda and totally ignore that if it was not for Assad and Khamenei, al-Qaeda would be spoken about today as much as the Europeans speak about Baader Meinhof. Al-Qaeda still exists because Assad re-awakens it to threaten America. The CIA decimates AQ in Pakistan and Afghanistan, yet permits the likes of Assad to resurrect the AQ threats with impunity.

Twice America showed it was willing to back down in the face of Assad’s threats and terror. Is it safe to say that Assad has become the cause of decline of American power?

No one at the Pentagon or the CIA today is willing to stick his/her neck out to call for the removal of Assad. The strategy and the costs involved are too much to bear by one institution, or one country. As far as the legacy of Assad goes, America is stuck with him and his terror as long as the world takes no action to eradicate his savagery and that of the Mullahs of Iran from the region by using unrelenting force.

In the meantime, the coward Assad takes his anger out on the helpless children of Syria and some Syrians hail him as their hero and savior even though they know without him, AQ would simply cease to exist because AQ has already been defeated and their leader buried in deep sea.

Other would be challengers to America’s power are watching closely how the US has reacted to Assad and Iran and acting accordingly. Are we really surprised to see China flex its muscles by expanding its air-zone just after the Obama Iran Deal, which included a “stay safe” card for Assad? Are we surprised to see Putin use hardball tactics against the Ukrainian people at a time when the West lacks leadership and resolve?

The day America defeats Assad and Khamenei is the day AQ would be finally finished and half the world would fall into line and US interests would no longer suffer the consequences of a weak, appeasing president. For the time being, just accept the fact that America is going to be challenged everywhere by a long list of natural enemies. Those enemies are going to be bold and aggressive and their goals would be to chip away at US reach and power while Obama pretends all is well.

The American people have yet to realize what a screw-up they caused by trusting the inexperienced Barack Obama to a job too overwhelming for him to keep them safe. The malaise has set-in with Obamacare, but the real wake-up call will happen soon now that Obama has unleashed the Iranian Mullahs. Americans will understand what Obama has done when the next president would have no choice but to move hundreds of thousands of US boots into the Middle East, after oil hits $10 a gallon, to protect remnants of US interests their cannibalization began with Obama’s foreign policies.