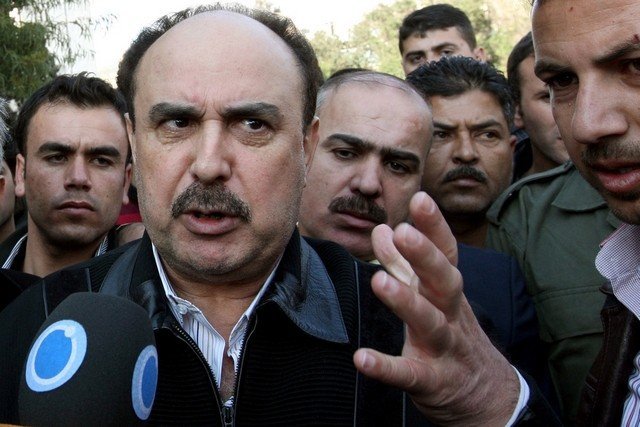 Assad has fired two top intelligence chiefs after a fight between the two officials, a high-ranking security source in Damascus told AFP on Friday.

“General Rustom Ghazaleh, head of political intelligence, and General Rafiq Shehadeh, head of military intelligence, were fired at the beginning of the week by Assad after a violent dispute between the two men,” the source said.

Ghazaleh has been replaced by his former deputy, Nazih Hassoun, with Mohamed Mahalla taking over as military intelligence chief, the source added.

The two men were replaced after a violent argument over Ghazaleh’s involvement in the southern front of the conflict in Syria, according to the source.

Ghazaleh had reportedly sought greater involvement in the battle against rebel fighters in southern Daraa province, where he was born.

But Shehadeh “was categorically opposed to him taking part in the battle” being waged in the area by regime troops backed by Lebanon’s Hizbullah, the source said.

Ghazaleh was briefly hospitalized after the incident two weeks ago, but was readmitted later on suffering complications related to hypertension.

The source said Ghazaleh was currently in “critical condition”.

Ghazaleh and Shehadeh both took their posts in July 2012, after being promoted following a bombing that killed four top regime figures.

Shehadeh was previously head of military intelligence in central Homs province, an early bastion of the opposition to Assad’s regime.

Ghazaleh was head of military security in Damascus before his 2012 promotion.

He is considered a strongman of Assad, since he became president in 2000, succeeding his father Hafez.

In 2002, Ghazaleh was named head of Syrian military intelligence in Lebanon, where he was accused of intervening extensively in the country’s political affairs.

He was also frequently named by witnesses as a suspect in the planning of the 2005 assassination of former Lebanese Prime Minister Rafik Hariri, though he has not been indicted by the international tribunal prosecuting the murder.