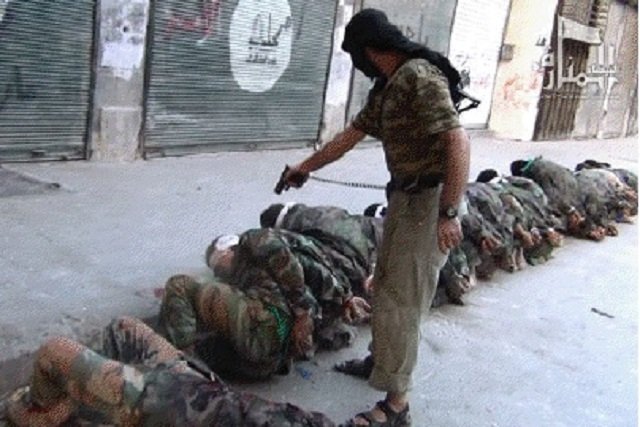 March 15, 2016 4:34 pm 0
Obama and Syria: a trail of half-steps, mixed messages
Excusing the Ignorance of a Jewish (Not Israeli) Blogger
Obama is mimicking the savagery of Assad

Syrian opposition negotiators demanded on Tuesday that Syria’s government detail its thoughts on a political transition and said there had been no progress on freeing detainees, who, it said, were being executed at a rate of 50 a day. Assad is executing 50 political detainees a day right under the nose of the international community.

The opposition High Negotiations Committee (HNC) used their first meeting in a round of peace talks in Geneva to give U.N. mediator Staffan de Mistura a set of general principles to guide the transition, a process to be overseen by Russia and the United States in line with a U.N. resolution.

De Mistura met Syrian government negotiators on Monday, who gave him a document entitled “Basic elements for a political solution”, their part of a plan to end the five-year-old conflict that has killed 470,000 people and displaced more than half the pre-war population.

Kodmani said the opposition was eager to hear more about what was in the government’s document.

“We would like to hear what the regime has to offer, because this is the whole point for us. I believe he (de Mistura) has a strategy to bring the points that are common to both sides, to focus on those and build some common ground. Now for that to happen we need the regime to make those propositions in a clear and stated way. We are being very clear and will be even clearer.”

De Mistura said he would collect all input from all sides and “metabolise” them and see where there was “overlapping, contradictions or even common thinking”. He said he would compare the documents from the two delegations.

“We will analyze them, see whether we can make out of that a U.N. paper, for instance, or whether we can actually add to it,” he said. “The secret is to take the points on one side, the other side, a third side, and come up with our own common sense and techniques in order to try to merge (them).”

While this is taking place, the psychopath Baschar al-Assad is executing 50 political detainees a day.