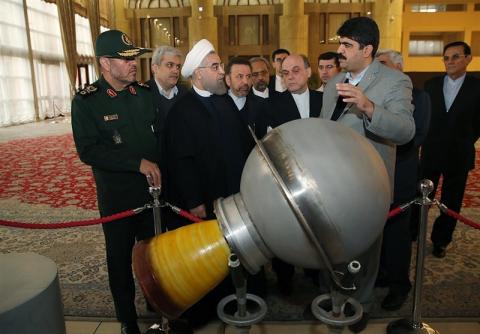 What many may have missed in this attack is the possibility that the Syrian Government may enter a war against Israel if and when Iran decides it is strong enough to strike the Jewish State. In addition, Hezbollah, which has been armed to its teeth with missiles by the Iranian regime, will join such a war.

Iranian officials said the strikes were in retaliation for an attack on a military parade in Iran last month.

The Britain-based Syrian Observatory for Human Rights, which monitors the war in Syria, said the strikes killed eight people.

Iran has launched several satellites in the last decade that facilitate its missile program. The regime has several more launches planned soon. This morning, Azer News reported the following:

Head of Iranian Space Agency (ISA) Morteza Berari said on Oct. 1 that domestically-made satellites Payam-e Amirkabir, Dousti, and Nahid-1 have been completely built and are ready to be launched, IRNA reported.

The satellites should give the Iranian regime more missile precision capabilities.

The coordination between the two countries may mean Iran might share its intelligence with the Assad regime for the purpose of extending its influence and terror in the region.

Obama’s Iranian Reformists: Donkeys and Women Have No Place in Iran’s Parliament
US is Preventing the IRGC Delivering Oil to Syria
Big Trouble for Israel Ahead
Iranian Terror 560 ISIS Terror 109 Syria News 1170