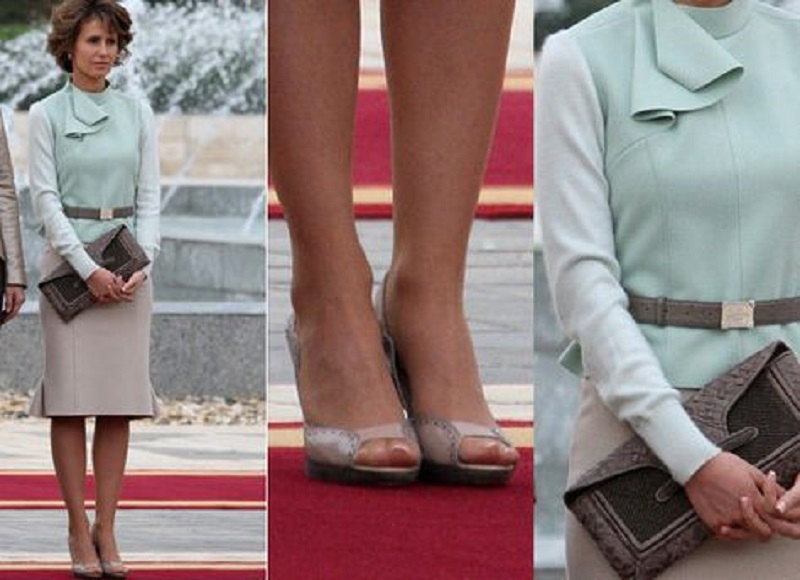 May 18, 2020 5:03 am 0
Assad Supporters Feeling the Pinch of Their War
Cry For Me Syria As Israel Carves Out Its War Booty
Celebrating the Assad Family 50 Year Wonder

Syria’s telecommunications authority on Sunday said a deadline for a cellular company owned by the cousin of dictator Baschar al-Assad to pay back its debts to the state has ended. It then alluded to taking legal measures against the company to recover the money. This Assad and Makhlouf rift shows how dumb is Assad. He is letting his Sunni wife split the Alawite community at a precarious time.

The announcement came hours after Assad’s cousin, Rami Makhlouf, released a new video in which the businessman said he was asked to step down from the leadership of Syriatel. The company is the largest in the country. It boasts 11 million subscribers with 50% of revenues going to the state.

The new Makhlouf video, the third in less than a month, was another hint of a rumored major rift in the tight-knit Assad family. The Assads have ruled Syria for almost 50 years of terror.

Makhlouf was once described as central to Syria’s economy and a partner to the president. His videos, posted on a new Facebook page, seem to be a running public diary of a widening rift.

In the latest video, Makhlouf, who is under American and European sanctions, vowed not to give up the company. He then apologized to his arrested employees, whom he was unable to release after Assad and his wife ordered them detained in recent weeks. Makhlouf did not say who had called on him to step down.

The Syrian Telecommunications Regulatory Authority said in a statement that Syriatel had refused to pay fees to the state; therefore “Syriatel will be responsible for all the legal repercussions” for refusing to give back the dues.

In his first video in late April, Makhlouf pleaded with Assad to help prevent the company’s collapse through excessive and “unjust” taxation.

That month, Makhlouf had been told to pay the equivalent of $180 million allegedly he owes the government by his telecom companies. That claim appeared to be the trigger for the series of videos by Makhlouf over the past month.

In 2011, Makhlouf declared that he was stepping aside from business to focus on charity work. It was the start of Syria’s civil war. But he remained associated with the government. For the opposition, he has been the face of government hard-liners and the decision to crack down on dissent.