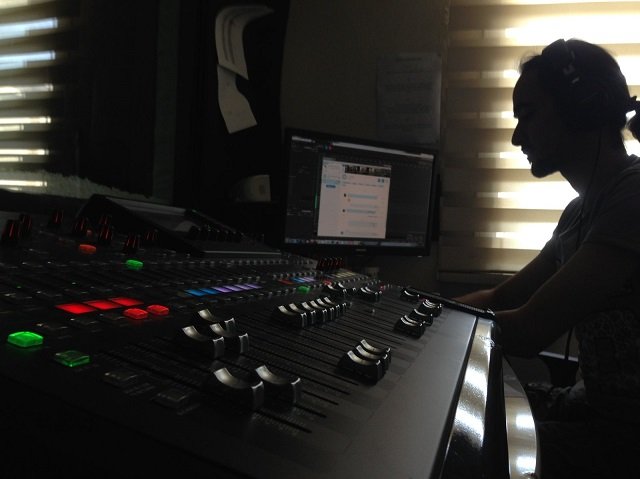 When Syrian activists launched an uprising in 2011, their goal was clear: to overthrow the regime of Bashar Assad. Now, as the war grinds into a fifth year, with more than 200,000 dead and militant Islamists seizing more ground, their revolt is hardly recognizable.

“What we are doing now has nothing to do with what we expected to be doing,” says Rami Jarrah, who joined early street protests in Damascus. He eventually fled the country to avoid arrest. Now he runs a radio station from southern Turkey, funded by Syrians and Western governments including the U.S., that broadcasts to rebel-controlled territory in northern Syria.

“It’s been a long time since we challenged the regime,” he says.

The challenge now is to provide a lifeline for civilians in rebel-held areas, to help them navigate the chaos of war and a state in collapse.

Jarrah has watched his agenda — the fight for a democratic, civil, inclusive Syrian state — lose ground to Islamists who have been implementing Islamic rule in areas they’ve seized from the regime.

Jarrah’s focus is on the needs of Syrian civilians. “We neglected them in the past when we were trying to convince an international audience that we needed help in Syria,” he says. Now, says Jarrah, “We are tying to figure out how to support the local community in creating civil society resistance.”

In his news broadcast, he says, “What we are doing on every hour is providing tomato prices, bread prices, fuel prices, because there’s a black market for all of that.” His team of journalists phones in reports from Syria. Listeners can tune in the radio, scan the latest news on the Web and call into the political programs via Skype.

The newscasts also carry reports of pressing dangers. A team of spotters sends alerts about the relentless barrel bombs dropped from regime helicopters.

“They want to know, is it safe to go to this place now — that’s what people care about right now,” Jarrah says. “That’s one way to get them to listen.”

He also wants listeners to speak up — especially to air grievances about the al-Nusra Front, the Syrian branch of al-Qaida, now a power in the provincial capital of Idlib and parts of rebel-controlled territory in Aleppo.

“The main problem that the locals have is the foreigners that are in al-Nusra,” Jarrah says. These foreign fighters include hard-line extremists from Egypt, Tunisia and Libya.

In Idlib, “They are in commanding positions, so a lot of complaints,” Jarrah says. “We broadcast those complaints. But it’s a constant battle to keep broadcasting.”

Nusra leaders have repeatedly tried to shut down the radio station offices inside Syria, seizing equipment and threatening reporters. “We’ve had to negotiate with them,” Jarrah says, to ensure the safety of his staff.

Activism honed on the streets of Damascus drives his programming goals today, “to resist against any local government that wants to take control of people’s rights.”

But civil resistance is dangerous in Nusra-controlled territory. The Islamists are as repressive as the Syrian government.

Last month, Nusra fighters opened fire on a protest in Idlib province, shooting directly into a crowd and killing one person after demonstrators shouted for freedom and demanded the militants get out.

A group called Idlib Assassination, founded by college professor Hiba Ezzideen, documented the shooting and posted a video of the protest.

The Idlib Assassination team started operations in March, working in the shadows. Ezzideen coordinates with other, more established covert groups, including one that documents the atrocities of the self-proclaimed Islamic State in the Syrian city of Raqqa. These activist groups share training and security tips.

“The priority for me is their safety,” she says. It is dangerous work. In the past week, the Islamic State released a video showing two activists in Raqqa killed by shots to the head after they were charged with spying.

In Idlib province, the Nusra Front has already targeted her group — in some ways, a signal of its success.

“We discovered that in the main street they’re putting two cameras showing who’s coming,” she says of a surveillance system Nusra installed after her group mounted a poster campaign across Idlib city. “They are watching for us.”

The campaign called on Syrian women to resist forced marriages to Nusra fighters. In signs posted on walls and homes in the city, “We wrote in bloody script, ‘I’m not going to marry my killer,’ ” Ezzideen says.

“Many of the women started talking to us,” she says, connecting through the group’s Facebook page. They are desperate and beg for help. She has received messages, she says, including one saying: “I am married to a Libyan and he’s going to leave [Syria] and I’m pregnant. How can I get an abortion?”

The militant group shot two women and stoned two others to death on charges of adultery, and posted a video of the punishments.

When Ezzideen joined street protests against the regime more than four years ago, her goals were clear. “We protested for a democratic and civil country,” she says. She never expected to end up where she is now, exiled in Turkey, fighting extremists for her country’s future. Still, she says, “To me, all dictatorships are the same.”

Her group has attracted more than 3,000 followers on Facebook. But Nusra fighters have taken note of the page, too.

“I know who you are,” one militant recently posted, “and I’m going to kill you.”