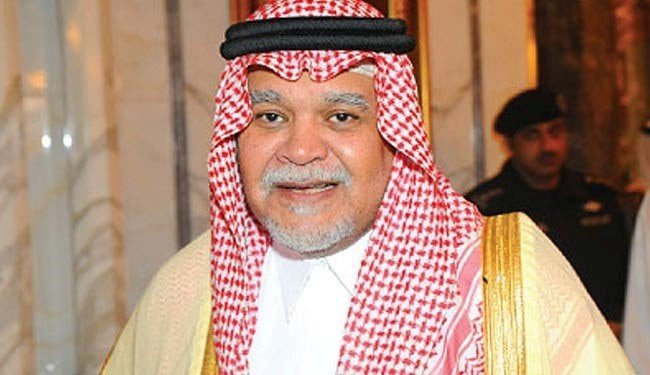 The Mystery Behind the Arrest of Bandar bin Sultan

Several stories have circulated on the Internet, published by some unknown media outlets, to the effect that Prince Bandar bin Sultan was one of the 200+ Saudi princes, businessmen, and officials who have been detained at the Ritz-Carlton in Riyadh.

No verifiable information has been leaked that confirms the veracity of this information. In fact, some available public information online leads us to believe the arrest is a hoax.

For those who know the history of Bandar bin Sultan know well about his powerful connections in the U.S. and his foray into the intelligence field that further amplified his stature. Few, though, know how much enmity he has been able to garner from the Iran/Assad/Hezbollah axis for his meddling in Syria’s civil war against the Assad regime. Bandar bin Sultan to Hezbollah is what Imad Mughniyeh was to Israel. In fact, Hezbollah attempted, on several occasions, to assassinate Bandar with no luck the same way Iran attempted to assassinate Saudi Ambassador to Washington Adel al-Jubeir in 2011.

Simply put, spreading false rumors about his arrest motivates the Hezbollah fighters in Syria and lifts their morale.

If Bandar bin Sultan has been arrested, as some do claim, appointing his daughter to a high visible post as part of the modernization of Saudi Arabia seems to be at odds with that claim. In Saudi culture, what the father does also reflects upon all his children. Arabs do not separate the mistake one kin makes from the rest of the family. Everyone pays the same price.

Furthermore, if Bandar bin Sultan has been arrested, his daughter Princess Reema would, most likely, resign her post. A question of honor and political gambit.

in April of 2014, Bandar bin Sultan left his post as intelligence chief due to the losses his services experienced in Syria’s civil war fighting to topple the butcher of Damascus Baschar al-Assad. For all the impact Bandar bin Sultan had in Syria, which almost succeeded had it not been for Putin‘s interference to protect Assad, the result of his actions fell in the “Loss” column.

His retirement, which happened in April of 2014, was long expected due to persistent back pain the prince suffered in 1977 during crash landing of his fighter jet.

Has Bandar bin Sultan been arrested? We don’t think so because his daughter Princess Reema is riding high as an official in the new modern Saudi Arabia Prince Mohammed bin Salman is trying to build.

Anyone claiming his arrest, do check their Hezbollah credentials.

The Mystery Behind the Arrest of Bandar bin Sultan