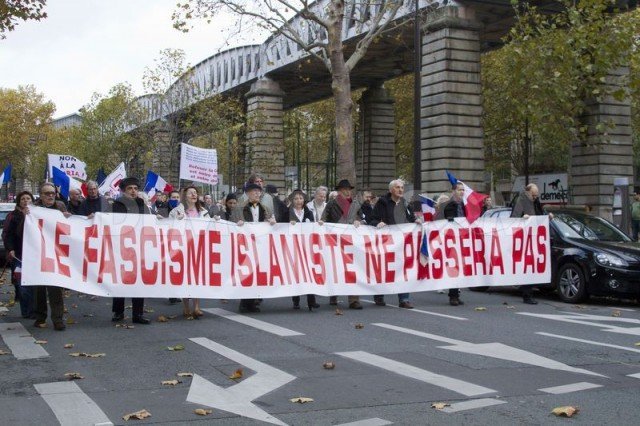 Are we at war with Islamic fascism?

Some people can’t bear to hear the word Islam associated with fascism no matter whom it describes. As for Islamic fascism, why not use this word to refer to those radicals bent on subjecting the world to their ideology, by whatever means necessary? As for Islam, what else do you call religious imams who encourage suicidal jihadists to take innocent lives and promise them the eternal gratitude of a heaven filled with virgins?

Unfortunately, instead of admitting that these jihadists are acting in the name of Islamic fascism, this fact is ignored; if you try to point it out, as President Bush has, you are accused of intolerance.

Many Muslims come to find sanctuary in this country, having escaped one oppressive regime or another, but precious few can find it in their hearts to be grateful to the safe haven that this country has offered us. Instead, many of them use their new found freedoms to denounce those who dare accurately describe the nature of their enemy. In so doing, they defend Islamic fascism, whether willingly or not. And they fail to confront the true attackers of Islam: those terrorist fascists who call themselves Muslims.

Are we at war with Islamic fascism?