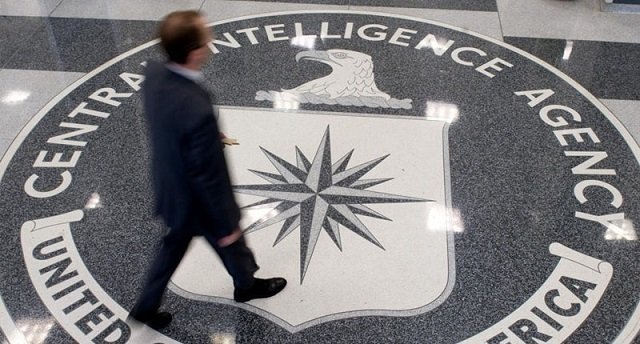 February 17, 2016 5:34 am 0
Paris attacks revive concerns about U.S. security
Did Obama Order Benghazi Stand Down?
The Next Breeding Ground for Global Jihad

Tal Kalakh, in Homs province, is home to a secret Hezbollah prison used to torture captured Islamists and jihadists the people in the region call “Yellow Hole”. “Yellow Hole” is just one of many other facilities Hezbollah has established in Syria to extract information, through extreme torture, from Sunni jihadists. Are Hezbollah secret prisons in Syria providing CIA rendition services? Is this why the Obama Administration is going along with Iranian and Hezbollah’s military intervention? Is this why the CIA does not support regime change in Syria?

While these prisons may serve the CIA, they have also become a source of much fear in Syria because stories of abuse by Hezbollah keep surfacing. Stories of innocent Syrians and non-Syrians, whether pro or anti-regime, Hezbollah abducts without cause to drive to these secret facilities. Most of what we know about these facilities come from sources close to Hezbollah. No prisoner has ever left alive to tell his tale.

The story of Hezbollah secret prisons for torturing war captives and anti-regime rebels was first reported by al-Souria.net. a pro-rebel Syrian news website. Tying these prison centers to CIA rendition services are pure speculation on the part of TFS, which has no sources or definitive proof except for the circumstantial evidence lent by the CIA itself for its support for the Assad regime we know it relied upon, in the past, for its rendition services.

Assad has survived for so long in power because he has been able to sell his services to the highest bidder. And because of his terror activities, the bidders came from all over including America and Europe. It makes all the sense in the world, when the CIA stands by Assad, to assume there is a good reason for the spy agency’s posture other than those reasons traded by the media through public information. With the danger of ISIS looming, secret torture prisons run by Hezbollah in which it extracts intelligence and trades it back to the CIA in return for a free Assad pass fits almost perfectly with the MO of the CIA and that of Assad.

Torturing ISIS captive prisoners may or may not yield important information to protect the Homeland and the many European capitals suffering from the threat of terror. The question one must ask then, how come we missed the Paris Attacks and San Bernardino? Is it possible that these secret prisons of torture serve two purposes? One is to gain access to non-actionable intelligence Assad could trade for his own security, and the other is to exacerbate the Sunni-Shiite divide already in play? Is Hezbollah using these secret torture centers to exact revenge upon Sunnis just because of their religious affiliations?

Assad has, in the past, demonstrated a canny ability to sell just enough intelligence to lure the CIA into his net. You can almost be certain that Hezbollah would never trade back to the CIA any information it extracts through torture that might compromise the Assad regime or how it developed its relations with ISIS. Assad permitted ISIS the space and time to become a source of concern for the western world. You will not see Hezbollah deliver such information to the CIA.

TFS stands by anything that works to protect The Homeland, but we object that the CIA is relying on Hezbollah for its intelligence sources if the circumstantial evidence proves to be correct. Hezbollah and Iran are America’s worst enemies. Any US cooperation with terrorist organizations like Hezbollah is bound to serve the interests of Hezbollah, not America’s even if that cooperation goes through the Assad regime.

We hope this circumstantial evidence is wrong. We hope we are wrong in asking the question: Are Hezbollah secret prisons in Syria providing CIA rendition services?