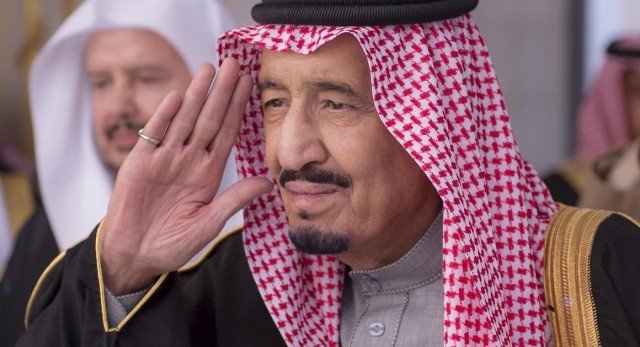 Ever since the crowning of Salman bin Abdul Aziz as King of Saudi Arabia, the fortunes of Arab countries have seen a dramatic turnaround. Most notably in Syria and Yemen where Saudi Arabia is engaged militarily to save its population from the terror jaws of Iran.

After seven years of Obamian appeasement of Iran, which allowed the Mullahs to expand their sphere of influence to control four Arab capitals, King Salman, in literally 6 months, has rolled back Iranian gains in Syria and Yemen; without U.S. help or approval.

As Arab power rises, so does religious terror represented by the likes of ISIS and Hezbollah.

Obama’s campaign against ISIS has been mishandled on two fronts. The strikes have been limited and they have been selective in that Obama did not strike the Iranian terror subjecting Syrian civilians to horrific atrocities.

His shortsightedness, and that of the team around him advising him on national security matters, resulted in a much more potent ISIS terror with considerable success in its recruiting drive.

Arab power rising is a function of Saudi patience running out. It is developing into more than just military advantages. It has become a path towards independence from U.S. traditional support that countries like Saudi Arabia are now realizing they need to disconnect from. Arab power rising is also about self-dependence and self-sufficiency.

After Iran is defeated, where will Arab power rising lead the Arab world? Will their consolidated efforts develop into more dynamic and reformist societies, or will they stagnate back into countries with no vision and no future for their youths?

If we go back to crying ‘Palestine’ again and ignore the plight of tens of millions of Arabs who remain disfranchised by their own governments, then it will be the Arab Spring all over again. From this Arab power rising to sustain itself, mass economic deprivation problems across the Arab world must be dealt with swiftly.

Our bet is on Saudi Arabia plugging the Arab societal holes Iran has abused to impose its will on unwilling people and their countries.