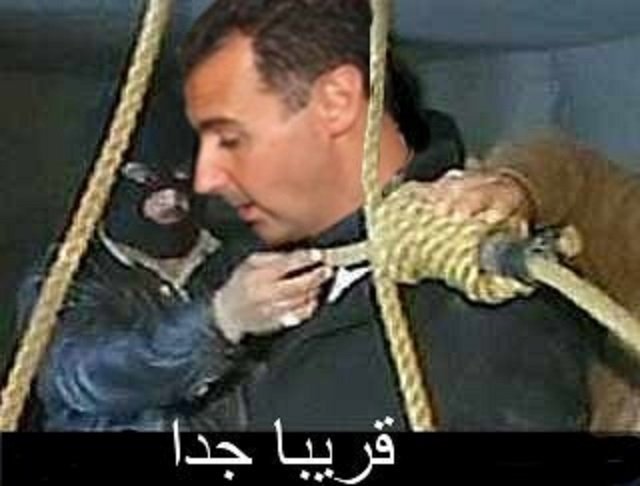 September 26, 2015 8:55 pm 0
When Community Organizers Claim To Be Leaders
Assad Invades the US Comment Systems
Any Doubt Assad is Behind Attack in Denmark?

At one time, not long ago, the U.S. could have had much to say about where Syria was heading. The moment the Obama Administration permitted terrorists, on the Assad/ISIS  and Nusra/AQ sides, to plant their seeds, grow, and battle each other, it lost control over any Syrian outcome. The same is true of any Western power as well.

They all lost control of Syria courtesy of Barack Hussein Obama, and there is no sign more acute to reveal this truth than the Russian invasion of Syria the West seems shocked it happened. None of them has the right to claim Syria’s future or impose Assad on its people. they lost that right the moment they ignored the Assad atrocities.

When Western politicians like John Kerry, Angela Merkel, and Philip Hammond call for a dialogue with Assad, they are all blowing hot air in the wind. Neither one of them decides what happens in Syria because neither has chosen to save Syria, in the beginning, from the clutches of the brutal Assad regime. A regime that caused the gassing of civilians, the flooding of Syrian refugees towards Europe, and the formation of ISIS.

In fact, anyone calling Assad to stay in power is truly clueless about the Syrian resolve to depose Assad. Since neither of these countries, now calling for Assad to remain in power, helped the Syrian people during their most difficult times when Assad was gassing women and children and his barrel bombs, to this day, are killing thousands of civilians across Syria, none of them has the right to tell the Syrian people what fate awaits them.

In fact, anyone calling Assad to stay in power have become recruiters for Islamic terror. This includes Hammond, Merkel, and Kerry.

Read this New York Times article about how ISIS is recruiting even more terrorists the last 12 months.  After what Kerry, Merkel, and Hammond said, ISIS will recruit even more.

It is because Barack Hussein Obama never lifted a finger to help the Syrian people that they find themselves in these difficult times where terror has become as prevalent and as dangerous to humanity, not just the Syrian people. Syrians and Syrian-Americans refuse to let those who declined to help Syria defeat the tyranny represented by the Assad regime now suddenly interfere to impose their solutions.

Obama could not even find a heart to fashion a No-Fly Zone to protect women and children. Who does he think he is to tell the Syrian people that they should live with their tormentor and oppressor?

This is how terror grows. It becomes an issue of right and wrong. It becomes an issue of justice. Would Europe have liked to live under Adolph Hitler until his natural death? Would Europe have liked it if Roosevelt ignored Hitler and the calls for help from Winston Churchill? What could have been wrong for Europe back then is wrong for Syrians today. Anyone calling Assad to stay in power has no idea how empowering to terror their statements are.

Since Barack Hussein refused to interfere in Syria to save its people, he has forfeited all rights to impose a solution upon the same people. Which part of that true statement does he not understand?

The Syrian people will continue to fight until Assad is deposed or killed, until Iran exits Syria with its tail between its legs, and until Russia abandons Syria the way it abandoned Afghanistan.

In the meantime, please spare the Syrian people what you think should or should not happen to Syria. You have forfeited those rights long time ago. Only the Syrian people decide what happens to Assad for the crimes against humanity he committed.

Rest assured the Syrian Revolution will continue until Assad and his criminal thugs are dead and buried.

The Syrian Refugee Football Assad is Scoring With
For Syrians to Upstage Assad, Israel Must Take Their Side
Did CIA Agree with Russia on Assad Alternative?
Opinions 1017 Syria News 1213 Syrian Revolution 1335