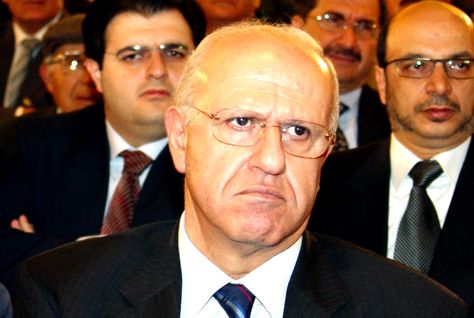 May 18, 2015 4:30 pm 0
Iran Sending Thousands of Afghans to Fight in Syria
Drowned Syrian toddlers’ family did not apply for Canada entry
Is Kerry Proposing Assad Alternative to Putin?

When a former Lebanese minister who was arrested in 2012 for smuggling explosives into Lebanon from Syria was sentenced last week to 4 1/2 years in prison for forming a group to carry out terrorist attacks, the outrage that ensued was quick and ruthless. .

At the time, Michel Samaha was tried by a Lebanese military court on charges related to a plot devised with Syria’s security chief, Ali Malmuk on Assad’s orders although the verdict did not mention Assad by name. Samaha confessed to the charges last month and provided details of the Assad plans.

Samaha, who is close to the Syrian government, has been in detention since August 2012.

Another sign Assad is losing grip on power is the decision, by a Lebanese judge, to order the re-trial of Samaha for the lenient sentence he received. This courage in the face of Assad aggression was non-existent in 2011. The Syrian civil war has empowered and emboldened the Lebanese to trim their ranks of terrorists working for the Assad government.

It is highly likely that a new court will re-try Michel Samaha and a new sentence would be handed down as a warning to all the spies and the terrorists employed by Iran and Assad in Lebanon. Michel Samaha and his re-trial is just another sign Assad is losing grip on power in Lebanon because of his weakened position in Syria.

The arrest of Samaha, in the first place, and the indictments that followed against two Syrian officials, one a top general, in the case, marked a major break with the past. Top Syrian officials have previously denied the charges but have not commented on the verdict., another sign Assad no longer has the capacity to harm his political opponents in Lebanon.

Samaha’s trial reflects how the crisis in Syria is rippling through a country where Damascus has played a major role for decades and whose future will be shaped by the outcome of the four-year conflict next door.

Israeli Management of the Civil War in Syria
Federal Syria or Not, Assad Has to Account for His Crimes
Safe Zone Is Really a Stop Zone
Syria News 1213 Syrian Revolution 1335