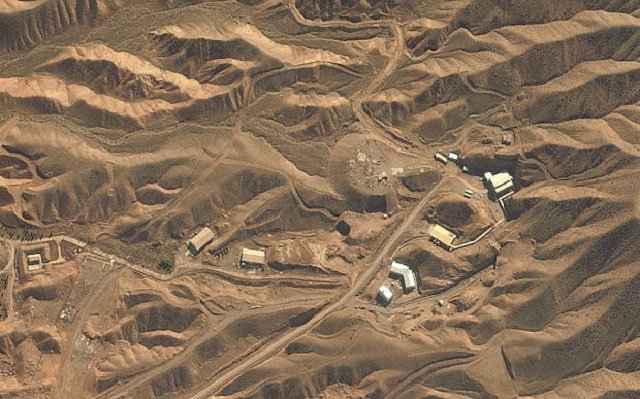 And the Winner is… Iran’s Nuclear Program

September 3, 2015 1:10 am 0
Bashar Assad may be weaker than he thinks
Don’t Panic Assad Will Fall After Testing
Let’s talk Iran

Source: Gatestone Institute – by Harold Rhode (And the Winner is… Iran’s Nuclear Program)

Khamene’i has again proven what a great master strategist he is. He has succeeded in pacifying the West and his own people, thus buying the time his scientists need to complete his nuclear project.

The Iranians are the best strategists in the Middle East, better than those in the West, and the reason the Iranians constantly succeed in out-maneuvering the West.

In the West, we constantly look for ways not to engage in military conflict; the Iranians are more than willing to offer us those ways. We will almost assuredly give the new president Hasan Rouhani time to “consolidate” his position, thereby granting Iran even more time to develop its nuclear weapons capability. That is the meaning of this Iranian presidential “election.”

Of the 686 men who wanted to run for president, the Guardian Council, totally under Khamene’i’s control, chose eight candidates. All of them clearly supported Khamane’i’s continued rule, which so many of the Iranian people, including senior clerics, loathe. So the choice for Iranian voters was not between candidates with widely differing views. Nevertheless, within that narrow framework, there were differences. Whoever the people actually voted for (we have no way of knowing how free and fair the election was), this result was one of the best of all possible outcomes — for the Iranian regime.

Since Rouhani spoke “moderately” during the campaign and had a previous reputation for being “moderate,” having him win almost guaranteed that the Iranian people — who came out into the streets after the previous elections were stolen from them — would not this time protest the election results. Rouhani’s “election,” therefore, pacifies the reformers who clearly will not demonstrate against him, thereby sparing the Iranian regime having to suppress, arrest, and murder people, actions which had horrified the international community.

Moreover, the West could lull itself into believing that since Rouhani is a “moderate,” maybe he is someone we can “deal with.” The election result, therefore is huge win for Khamene’i and his clique, and a defeat for the West, Israel, and the Iranian people.

What can we learn from past experience about dealing with the results of this “election”?

During the early stages of the Iranian hostage crisis in 1979, we negotiated with the then Iranian President Abolhassan Bani Sadr, even though anyone who understood the Iranian revolution would have realized that Bani Sadr, despite his title as President, had no power. The real andonly power was Ayatollah Khomeini, called the rahbar (guide or leader). Probably the best translation of that word into any Western language is the German word Führer, the term the Germans used to describe Adolf Hitler.

Khomeini, Iran’s Führer, hated us. But we in the U.S. ignored him and concentrated our negotiating efforts on Iran’s President Bani Sadr. After all, having had a president by then for almost 200 years, we knew what powers a president had. We consequently ascribed those same powers to Iran’s president. We negotiated with him — but he was powerless to make decisions. Only Khomeini could decide. So while we wasted time, we handed Iran a huge victory. During that period, the U.S constantly make concessions to the Iranian regime. In Middle Eastern terms, these enabled Iran to shame the U.S., and consequently gain huge numbers of supporters — both Shi’ites and Sunnis — throughout the Muslim world.

That situation is almost the exactly the one we face today. Just as with Khomeini, Khamene’i is today the only decision-maker in Iran. The Iranian president is nothing more than a figurehead who carries out of the will of the rahbar, or suffers the consequences of not carrying it out.[1]

By pinning our hopes on President Rouhani, and parsing his every word, we will find ways countless to give him time to “consolidate his power,” as if he really has power, while we will be less demanding of Iran as it races to cross the nuclear threshold.

Most likely, we get the same results as we did when we negotiated with Bani Sadr. We will therefore almost assuredly give Iran the time it needs to cross the nuclear threshold. Just as with Bani Sadr, we will ignore the fact that he is basically powerless and that it is only Khamene’i who rules the country.

Making Rouhani the president was a brilliant strategic move for Khamene’i — not just to pacify the West, by also to pacify the Iranian people, who want nothing more than Iran to be accepted as a normal country and regain the international standing it had before the Islamic revolution.

Rouhani’s more religiously “moderate” rhetoric led the Iranian people to believe he would be able to negotiate Iran out of the catastrophic economic reality they face. So the “reformers” pin their hopes on him, instead of going out into the streets and demonstrating against him and the regime, as they did after Iran’s previous presidential “election.”

So Khamene’i has again proven what a great master strategist he is. He has succeeded in pacifying the West and his own people, thus buying the time his scientists need to complete his nuclear project. This is, in short, a “win” for Khamene’i and a “lose” for the West, Israel, and the Iranian people who have shown many times how much they want to be rid of the regime’s tyranny.

[1] Bani Sadr eventually escaped Iran partially because he realized he was powerless. Subsequent Iranian presidents have realized that they either bow to the will of the rahbar or suffer the consequences. Mahmoud Ahmadinejad, Iran’s outgoing President, tried to do things his own way, but was humiliated by Iran’s governmental system, controlled by Khamene’i. Ahmadinejad was hauled before the Iranian parliament, then publicly questioned and humiliated. It remains to be seen how the newly “elected” Iranian President Rouhani will handle similar situations.

And the Winner is… Iran’s Nuclear Program