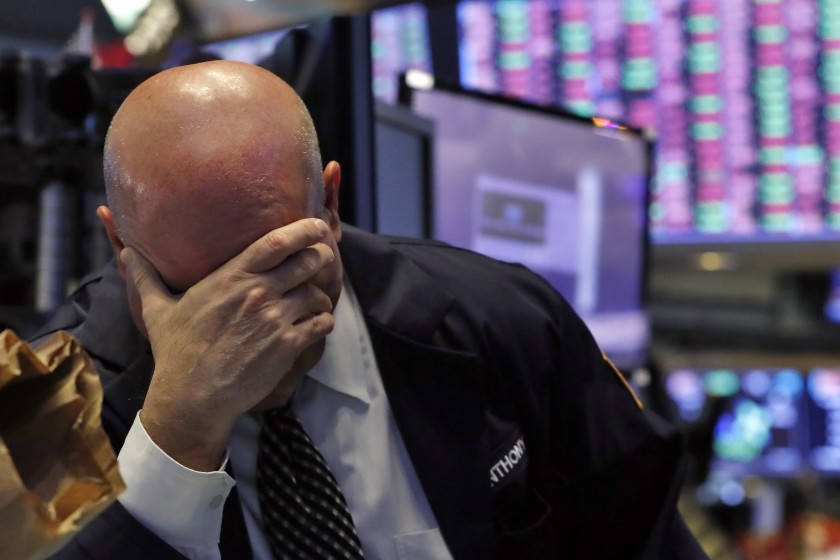 April 4, 2020 4:25 am 0
Chinese Crocodile Tears Over the Fate of Syrian Civilians
The Coronavirus May Have Saved More Syrian Lives
Beirut Blast Helps Hezbollah Turn Lebanon Into a Mini Syria

As the world watches the Assad regime duck and dodge the responsibility to report the real number of infections and deaths as a result of the coronavirus spread, it is notable to analyze which countries will have the best chances of emerging from this pandemic with the least damage to their social fabric and economies. Right now, the facts do not look good for the United States because American capitalism is vulnerable to national disasters.

In fact, the number of deaths the virus has caused, so far, is really inconsequential. If one calculates it in terms of %, 60,000 deaths out of 7.77 Billion people represents 7 people for every one million. As awful as it may sound, this is really insignificant. The real threat lies in the virus capacity to spread fear and panic. Two of capitalism biggest enemies.

In the last few weeks, Americans have watched closely the unfolding of the priorities of the Federal Government. First and foremost on President Trump’s mind has been, and will always be, the economy, the stock market and cap valuations of corporate America. Americans are as valuable as their contributions to that economy is going to be, and the Federal Government has passed emergency legislation to give away free money to its taxpayers for the most part because it helps the economy.

The real threat lies in the virus capacity to spread fear and panic. Two of capitalism biggest enemies.

In fact, discussions are underway to possibly reduce or forgive all student loans. Something presidential candidate Bernie Sanders has been calling for in his campaign, and which mostly fell on deaf ears prior to the virus contaminating the country. What changed? The knowledge that additional discretionary income might stimulate the economy further. In America’s system of government, it’s always about the economy, and once in a while about the people if they don’t harm the corporations.

This is why America may not fare that well after it puts a lid on the virus spread. Not only will it take years to recover from this pandemic, but the American people are going to demand new social changes that may force the government to stabilize its ability to respond to another pandemic. This means more social services, better healthcare, and new, people-oriented infrastructures that would take a big bite of its budget. Both Republicans and Democrats are already plotting for ways to avoid taking that route because it will have an impact on capitalism.

THE CORONAVIRUS IS DIFFERENT FROM AIDS, 9/11, OR THE 2008 FINANCIAL CRASH

With regards to AIDS, the pandemic affected the sexually active population. You still could go to work without getting infected.

The 9/11 act of terror affected the psyche of a nation and its preparedness to fight back, but it had little impact on the economy and businesses. Indeed, the government’s war on terror saw new technologies and new businesses flourish. The US was even able to chart its way out of the 2008 financial crash rather quickly.

But with the coronavirus, its impact is so much severe. One can die from breathing the air or touching another person. For the first time, the national disaster has a direct impact on every person in this country, and hélas, the U.S. Government is not equipped to manage people and their needs, with one exception: Collecting their taxes.

This is reason one why the virus is so devastating in the U.S. This is why, even though it originated in China, one of the most populous nations on earth, the United States has already surpassed it almost 3 to 1 in terms of number of infections. It’s simply that American capitalism is vulnerable to national disasters because the people and their spending help sustain capitalism.

A FORKED ROAD AHEAD

Today, America stands at a forked road. The very fabric of civilizations is at stake here, and if we don’t learn from the lessons of this pandemic, humanity might waste all of its achievements over the last 2000 years.

What is the main lesson to learn here? Extreme capitalism, the art of our legislators selling their souls to pass laws to please corporate America, is our enemy, not our friend. This country better start spending money on building infrastructures to sustain its main asset: The people. Just like communism is the enemy of the people, so is extreme capitalism. Student loan debt is the perfect example of extreme capitalism. This phenomenon is changing, slowly, the fabric of this nation.

Maybe the virus is a wake-up call to our leaders never to waltz with the money lenders again. Are not credit cards debts, now at over $1 Trillion, making them enough profits?

Let us hope the real visionaries leading this country see the impact extreme capitalism has on our society.

Let us hope the stimulus package saves the United States and its people from this historical tragedy.