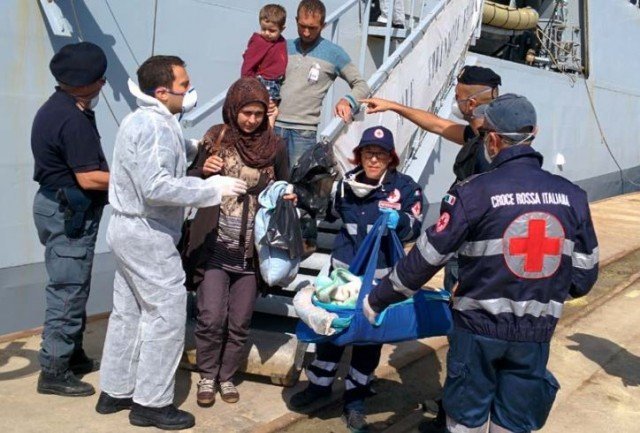 America, Give Syrian Refugees a Chance

May 27, 2015 9:22 am 0
Silicon Valley, Pay Attention to Syrian Refugees Technical Savvy
Syria After Four Years of Mayhem
Son of Holocaust survivors fights to save Syrian refugees

In December of 2014, the U.S. State Department issued a statement saying the U.S. will lead in Syrian refugee resettlement. According to The Washington Post, the U.S. has resettled so far 546 Syrian refugees of which over 300 were settled in 2015. America, give Syrian refugees a chance to settle in the U.S.

If the U.S. is sincere about leading in its efforts to give Syrian refugees a chance by resettling more refugees, as Assistant Secretary for the Bureau of Population said in her remarks on December 9, 2014, it is far from reaching that goal. Among Western nations, Germany and Sweden lead the pack of Western countries with each having resettled close to 200,000 Syrians. Both countries account for 56% of all Western Europe in terms of resettled numbers of Syrian refugees (See full report of Syrian Refugees in Europe).

In a dramatic show of gratitude, Mohammad, a Syrian refugee settled recently in Bradford, UK, told The Guardian, in an interview, that Syrian families are good citizens:

These families who live in Bradford, they are working. They are not staying at home, they are not taking money from child benefit and jobseekers’ allowance – they’ve found work as butchers, taxi drivers, or in restaurants… I hope to be a doctor. When I am a doctor, I will help this country. Many of my Syrian friends, they are working hard – in business, engineering, pharmaceuticals – they want to work. We will be good people in this country; we won’t be drug dealers. We will build the country.

In our opinion, this attitude of Syrian refugees is prevalent everywhere, not in England only. They are all hard working, grateful, and productive.

In the same article, Rabbi Danny Rich, a community leader for Citizens UK, told The Guardian:

As a country, we have a tremendous record of giving aid, but it is clear that the most vulnerable need to be resettled. The UK has accepted a pitiful number of UN refugees.

Thank you Rabbi Rich for your kind sentiments. We wholeheartedly agree.

The U.S. media rarely reports about capsized boats full of Syrian refugees dying at sea to escape the war. One such incident took the lives of 700 Syrians on April 19, 2015. Their boat capsized on its way from Libya to the Italian coast.

Countries like Lebanon, Jordan, and Turkey have welcomed millions of Syrian refugees even though they are a burden on their economy and social order. Once Assad is ousted, they will go back home to rebuild their homes and shattered lives.

In the meantime, though, the U.S. must step-up to the plate to welcome more Syrian refugees. As all Syrians who have settled in the U.S. before them, they will become independent and productive citizens. America, give Syrian refugees a chance.

[bctt tweet=”‘We will be good people. We will build this country’”]

America, Give Syrian Refugees a Chance to Settle in the U.S.

We Told You Obama Only Cares About Obama
Syrian Refugee to Angelina Jolie: Why are we the Syrian people not worth saving?
How else would they survive?
Opinions 1017 Things That Matter 382