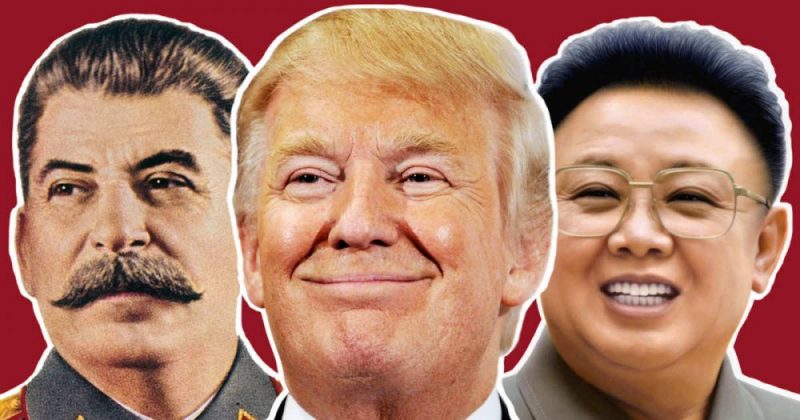 March 24, 2019 5:59 pm 0
On Syria Biden Got Away With Murder
Falafel Investigates COVID-19 Deaths in Russia
Everything Putin Would Do To America Trump is Doing

Look at yourself in the mirror, and ask yourself this question: Has Donald Trump been good for America? Has his divisive rhetoric and personality helped our nation? Or has his child-like behavior, the laughing stock of almost all leaders around the world, lifted our country to greatness? Don’t you think America deserves better than an anarchist President leading her?

TRUMP IS GREAT FOR ISRAEL

Donald Trump has been great to Israel, many Israelis would tell you. But has he been great to America when he lauds our enemies aiming to divide us? Has he been great when his policies divide this country along dangerous rift lines such as rich vs. poor, white vs. black, or Americans hating each other for a host of dormant societal issues better left buried? These are the wise questions we must ask ourselves regardless of our ideology or affiliations. We must all rise above his polarizing personality because this is about our country, not about the election of a man whose personality reflects our anger in a system held hostage by the priviliged.

How could we earn his respect if he respects no one? How could the nation come together as one when every word Trump utters aims to divide us the way anarchists divide a nation? Trump makes every American see his neighbor the way Trump sees evil. For Donald Trump, America’s well-being is about his own well-being. Nothing else matters. We say America deserves better than an anarchist President regardless whether he committed a crime or not.

Who has any doubt that Trump, who calls the system rigged, plays a role in its rigging? Has this notion ever occurred to you?

How do you justify Amazon paying zero taxes in 2017 on $5.6 billion in profits, yet gets a $789 million tax subsidy because of Trump’s new tax laws? This means every American hard earned money went to make Jeff Bezos even richer. We have all paid money to Jeff Bezos. Indirectly. All the American Oligarchs, he and his friends in the 1% bracket, benefited from his tax laws.

Trump tells you what you want to hear, which makes you believe he is on your side. Donald Trump is no reformer. He empowers the status quo by playing into our animosity against our Congress. His fight against Congress is not our fight. Trump is for Trump only with one agenda: To divide this country the way Putin would. Anyone deviating from this anarchist concept is the reason why our politicians think of us as fools.

Rigging the system weakens America for those who think Trump is making America great again. The fools!!!

Trump hateful rhetoric aims to divide us on purpose. Just like any authoritarian regime divides and conquers the various opposition to their incompetent rule. Any book on anarchism tells you that ridicule is a powerful weapon (i.e. Trump against his opponents he labeled Crooked and Low-energy, etc.). They also tell you to keep the pressure up on those you deem to be your enemies (i.e. Trump against the late John McCain, and CNN, and so many others). In fact, if you push a negative hard enough, it will have its own breakthrough  (i.e. Trump Fake news and Enemy of the people). One can list hundreds of these examples.

Why is Trump using anarchism against us? To divide this nation?

He is because deploying anarchistic tactics anesthetizes us all. How do you think that one man named Adolf Hitler, or another named Josef Stalin, were able to lead their countries into committing horrific acts of violence against their own?

The American people are playing into Donald Trump hand. His supporters are clueless about the evil of this man. We are turning America into an institutional-less country by praising a man who is dividing us all. Trump is breaking this country, not making it great again. This is why our Intelligence community stands steadfast against him. They see through his dangerous aims. This is why men and women of substance refuse to serve in his administration. Yet, we are the ones empowering his tactics whose aim is to harm us even more. Because when America breaks apart, Vladimir Putin, the man Trump keeps praising, would win.

Really, America deserves better than an anarchist President dividing and breaking this country. Just like the Russian asset that he is. To us, that makes him the dumbest U.S. President ever for his treacherous behavior.