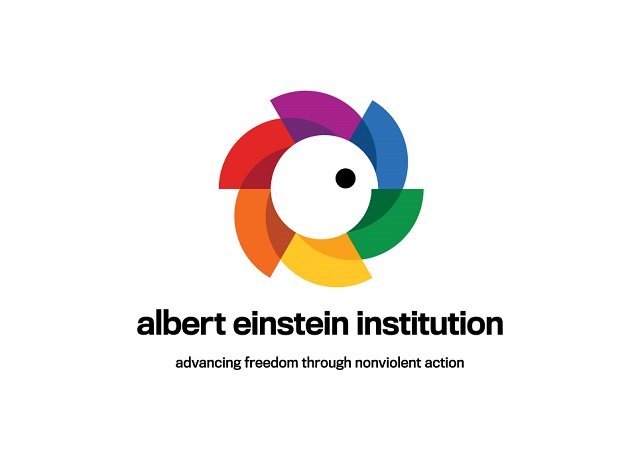 One such email we received was dispatched by Gene Sharp and Jamila Raqib of the Albert Einstein Institute located in Boston.

In it, they announce the release of their new booklet: “Self-Liberation: A Guide to Strategic Planning to End a Dictatorship and Other Oppression” the result of a two-year labor, according to both authors.

The publication has been translated to 40 different languages giving all the oppressed people around the world the chance to read it in their own languages, in addition to the many Romantic languages.

Certain of the tactics promoted by past publications have been used in Iran. However, the Iranian regime has cracked down on their use effectively. One was to stamp currencies with a slogan or words of freedom and when passed around, from hand-to-hand, can promote amongst the widest circles possible one’s aspiration to eradicate oppression. In the instance of the Iranian regime, they decreed that anyone with such currency will be arrested and must report it immediately to the authorities who took it out of circulation (Without compensating the carrier of course).

Nonetheless, the work of Gene Sharp, in the circles of the activists and the dissidents fighting oppression, is almost legendary. He has spent his lifetime defending freedom through non-violent means and to his credit goes the many past EU cold war countries such as Poland, Hungary, and Serbia whose young and student populations used his techniques successfully.

EU Syrian Migrants Are Worth Their Weight in Gold
Syria opposition wants Hezbollah leaders to stand trial, reflecting growing divide
Explaining why ISIL attracts Muslims from the US and the EU
Syrian Democracy 30