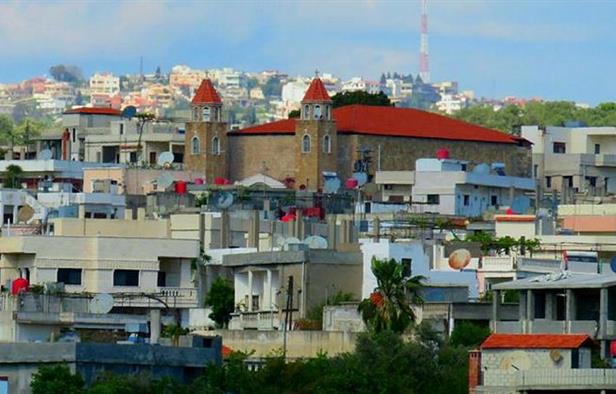 June 21, 2015 3:01 am 0
The Alawites should invite the US to strike Assad
Play-Doh President Residing at The White House
Syria’s Tartus, The Mother of Martyrs

BEIRUT – Tension has mounted in a small Christian-populated town outside the regime’s coastal stronghold of Tartous following the mysterious kidnapping of a number of local men.

“Unknown gunmen on [Thursday] kidnapped four residents from a farm in Khreibat… which is controlled by the Syrian regime,” the Syrian Observatory for Human Rights reported.

“The area is experiencing [a state of] tension among the residents as a result of the kidnapping operation in which the armed men dragged the kidnapped men to an unknown direction,” the monitoring group added.

A Facebook page operated by residents of the Khreibet—which is located east of Tartous on the foothills of Syria’s Coastal Mountains—identified the four kidnapped men as Fadi and Samer Aissi, Bashar Habash, and Leonardos Milan.

The group said that the residents had been kidnapped at 8 pm Thursday from one of the village’s farms, but did not provide any further information on the identity of the perpetrators or a possible motive.

The pro-rebel Souriyati outlet claimed that the four men were kidnapped by pro-regime elements for compulsory military service, however it did not elaborate on the allegation.

The coastal region of Syria has witnessed heightened fears in recent weeks after rebels seized control of the neighboring Idlib province in May following months of sweeping military victories.

Amid its losses in Idlib as well as the south of the country, the regime has scrambled to recruit young men into its army.

In late May, the Syrian government announced the formation of the Coastal Shield Brigade aimed at recruiting Alawites who have skipped their mandatory military service.

Reports have emerged in recent weeks that the Syrian government has begun to arrest youths avoiding military service, including in the Alawite-populated coastal region where it counts on strong support.

Other than arresting young Alawite men avoiding conscription, the Syrian regime has sought to recruit women and Baath Party employees, according to a recent report in anti-Damascus news outlets.

The coastal region of Syria has also witnessed an uptick in crime, with reports of cars being stolen as well as kidnappings driven by financial reasons proliferating in past months.

Reasoning with Barbarism
Aleppo is Costing Too Many Alawite Lives
Assad Gone, His Armies Will Protect Syria
Things That Matter 382