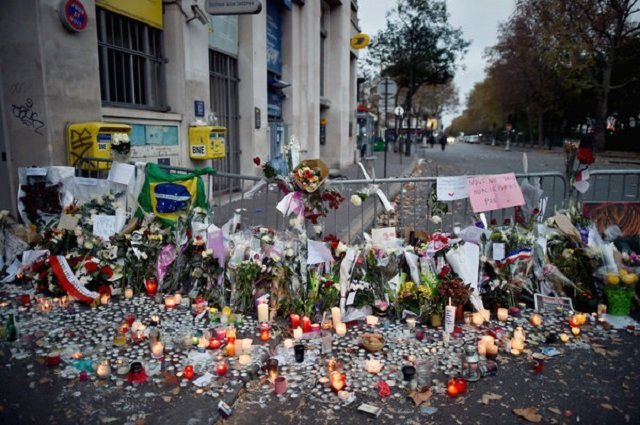 After Paris, We Need A Strategy To Fight Islamic Jihad

Source: Forbes – by Michael Ledeen (After Paris, We Need A Strategy To Fight Islamic Jihad)

I do not know for sure who masterminded and organized the terrorist assault on Paris, although most evidence points to ISIS. We will probably know a lot more in a few days. Multiple attacks require training and preparation, and the French killers clearly had both. They also require command and control. Could this have been outside Paris? I see there have been arrests in Brussels, is that where explosives came from? And perhaps the green light?

Those of us who have been following terrorism for several decades will recognize the Parisian MO as textbook al Qaeda: its first big time appearance in the terror war against the West came with the attacks on the US embassies in Kenya and Tanzania. The al Qaeda terrorists in East Africa were trained by Iran and Hezbollah, who had mastered that type of operation. We would later see the same pattern on 9/11 here at home, and in Mumbai, India, in 2008.

So we should certainly consider the possibility that al Qaeda did Paris, even though ISIL is the terrorist flavor of the year, and most of the publicly available information points in their direction. We shouldn’t pay great attention to the alleged statement of a captured terrorist “we are ISIL and this is about Syria.” They’re trained to deceive us, not to tell us who they are and why they’re doing what they’re doing.

Actually, we know the most crucial bits, and they’re sometimes confusing and darkly discouraging: we’re in a war, most Western leaders won’t say so, let alone wage it effectively, and so we’re losing. Our enemies are good. Paris is very well policed, and French intel is strong. The terrorists—greatly aided by the treason of Edward Snowden, who provided the secret methods we use to spy on them—have learned how to elude our snoopers. Osama bin Laden, for example, even before the Snowden caper, communicated with his subordinates by human courier. Today’s versions of bin Laden are even more knowledgeable, and they frequently use digital communications—the ones they know we listen to—to deceive us, not to send messages to one another.

Who are these enemies? We’re targeted by a coalition that includes radical Muslims—the jihadis—and allies who are neither Muslim nor radical, such as Russians, Cubans, North Koreans and Venezuelans. It’s at once an imposing and highly unstable alliance; the jihadis often kill one another, and their cooperation frequently changes on short notice. Sunnis and Shi’tes have little love for each other, but they have been known to cooperate. So it’s hard to sort out the “sides.” The clearest example is ISIS, a Sunni organization that has nonetheless received considerable support from Assad and the Iranians. Once part of al Qaeda, the Islamic State is now fighting against it.

Moreover, it is hard to imagine that Putin really wants a triumphant jihad on his southern borders.  Russia doesn’t have a very happy history with radical Islamists, who drove the Soviet Union out of Afghanistan, and more recently supported the Chechens’ nasty fight against Moscow. Although the Russians are arming the Iranians with torpedoes, missiles and the key components of Tehran’s military nuclear program, they have repeatedly delayed delivery. This distrust is mirrored by the Iranians, who don’t trust Moscow at all.

So there are fissures in the enemy alliance that we should be able to exploit, if only we were willing to go after them. The key countries, from Pyongyang to Caracas via Moscow, Tehran, Damascus and Havana, are all in grave difficulties, and as oil prices go ever lower, their crises get even worse.

Defeating the enemy alliance will not be easy, even assuming that the West gets leaders who have the courage and determination to wage a real war and win it. Today there are no such leaders in the West, but the opportunity is there. Victory requires both a military and an ideological component: physically destroying the ISIS Caliphate should be combined with a forceful political assault. We should be doing two things: documenting the disastrous ruin that Islamic governments have brought to their own people, and challenging the Islamic State’s (and al Qaeda’s) claims that Allah blesses their jihad. Destroying them on the ground would enable us to ask “has Allah changed sides? Why are you losing?”

Defeating the jihadis and then challenging their messianic doctrines would have a devastating effect on their movements. Young men and women are less eager to die for a failing cause than for a movement they currently see as a global winner.

But this requires Western leaders with the courage and determination to defeat the radical Islamists and their very secular allies. At the moment, there are none.

After Paris, We Need A Strategy To Fight Islamic Jihad