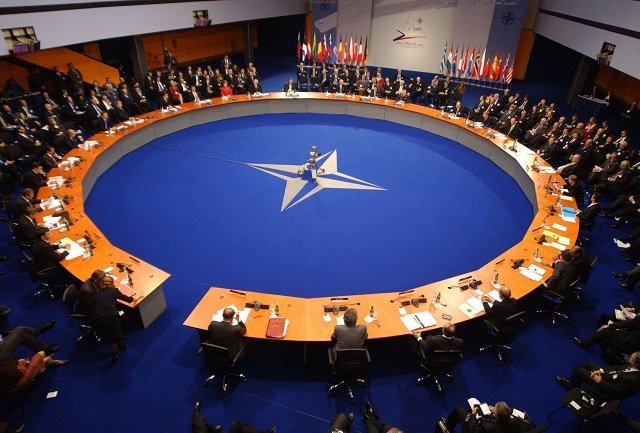 After humiliating Barack Obama by forcing himself upon Syrian airspace under the pretext he is striking ISIS, Putin is testing NATO’s resolve over Turkish air space. Russian jet fighters, on two occasions, flew missions over Turkey.

NATO’s secretary general said on Tuesday he doubted Moscow’s explanation that Russian weekend airspace violations of NATO-ally Turkey near Syria were a mistake and called on Russia not to repeat such incursions.

“I will not speculate on the motives … but this does not look like an accident and we have seen two of them,” Stoltenberg said of the air incursions in the Hatay region. He noted that they “lasted for a long time.”

The incidents, which NATO has described as “extremely dangerous” and “unacceptable”, underscore the risks of an international escalation of the Syrian civil war, as Russian and U.S. planes fly combat missions over the same country for the first time since World War Two.

Stoltenberg declined to comment on whether the Russian planes had locked their radar on the F-16 Turkish jets scrambled on Saturday to remove Russian aircraft from the airspace, usually a prelude to firing.

Separately, a U.S. official, speaking on condition of anonymity, told Reuters the incursions lasted more than a few seconds and described Moscow’s assertion that the incursions were an accident as “far-fetched”. After humiliating Barack Obama, Putin is trying to test NATO’s resolve to respond to his aggression.

Stoltenberg said the U.S.-led alliance, of which Turkey has the second-largest military, had not received “any real explanation” from Russia of the air incursions. He said he had not had any direct contact with Moscow but NATO has discussed the possibility of using its military lines of communication with Russia.

The United States, leading the coalition fighting Islamic State in Syria and Iraq, wants to avoid being drawn into a proxy war with Russia, which is defending its ally Syria’s psychopath Baschar al-Assad.

Russian President Vladimir Putin has said he would not put ground forces in Syria, which is fighting a civil conflict that has killed some 250,000 people. However, Stoltenberg said there was a large presence of Russian forces in Syria. After humiliating Barack Obama, Putin continues to make Obama look weak and feckless.

“I can confirm that we have seen a substantial build-up of Russian forces in Syria: air forces, air defenses, but also ground troops in connection with the air base they have, and we also see an increased naval presence,” Stoltenberg said.