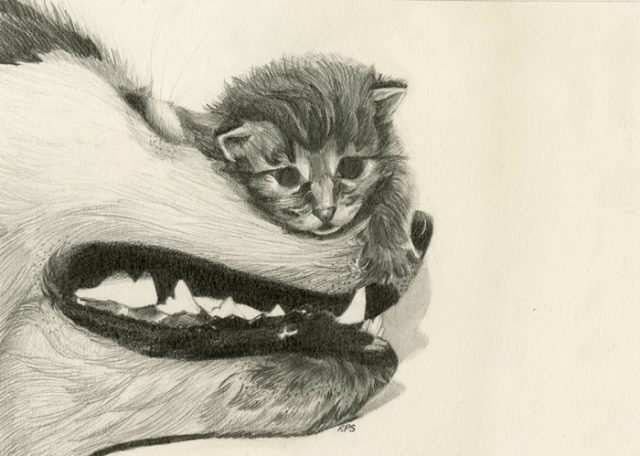 After Assad, Naivete is our Worst Enemy

April 2, 2012 2:16 pm 0
The Broken Assad Government on Display in Homs
The Serengeti terror migration
Oil enriched Assad, Oil may be his demise

What makes a human being naive? Which part of his/her brain is so dysfunctional it defies rational thinking and turns lies into hope, deceptions into wishful thinking? After Assad, naivete is our worst enemy.

I am referring here to Secretary Kofi Annan making a statement today to the fact that Assad will pull his armies and heavy equipment by April 10.

These are the exact words the CBS/AP story began with:

International envoy Kofi Annan said Syria informed him its military will complete withdrawal of troops and heavy weapons from populated areas by April 10, according to United Nations diplomats briefed on the plan.

U.S. Ambassador Susan Rice said Annan told a closed Security Council briefing Monday that he received this timetable from Syria’s foreign minister on Sunday and indicated that he would have preferred an earlier deadline.

The key words are “Syria informed him”. With more than a handful of Assad lies already under his belt in the last 2 short weeks Annan has worked this case, the ex-Secretary General still accepts the words Assad utter for their face value.

Moreover, Annan seems to be more worried about an earlier date to stop the violence (We appreciate this effort) than if the Assad promises can stand the test of time.

I am fully aware that Annan is a man of peace and we should all applaud that aspect of his professional life, but peace cannot come at the expense of other forms of institutionalized tyrannies. Especially when misinformation and deception are an integral part of the Assad foreign policy and used as often as possible.

Is Annan looking for justification for his efforts? Maybe. But he is not calculating the effects this will have on his reputation should Assad deny him the luxury of looking like a statesman instead of a naive envoy, which is a certainty if Syria‘s freedom fighters keep the pressure up.

The Assad regime is a trap sprang by the Soviets, who call themselves Russians now, to embarrass, defeat, and terrorize the west with. Yet, over and over again, the west falls for this trap without learning anything worth learning.

Is there a pill one can take to deliquesce naivete in the brain?

After Assad, Naivete is our Worst Enemy

Syria: The Center of the Arab Spring or the Center of a Cold War?
Assad Missiles Rained on Douma Killing 28 Civilians
The Reform Delusion
Syrian Revolution 1335 Western Appeasement 483

Loading...
Newer Post
Stark Difference Between Patriarch al-Meouchi and Patriarch al-Rai
Older Post
The Free Syrian Army vs. the Syrian National Council — Which Should We Support?