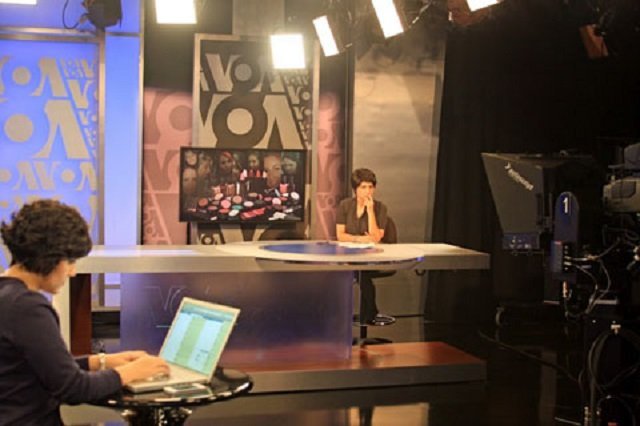 August 13, 2015 8:26 am 0
The Non-Punishable Terror of Car Bombs
The No Deal Deal
Israel’s Fight against Iran Climbs a Notch

TFS Note: Under Obama, dissent on ideas is no longer permissible. Government media assets are used to tow the emperor’s line. Obama has turned America into a Syria-like atmosphere when it comes to expressing dissenting free speech.

Source: The Wall Street Journal – by Sohrab Ahmari (A Partisan Voice of America)

As the Obama administration ratchets up its effort to spin the Iran nuclear deal at home, the U.S. also is trying to sell the pact to some of its biggest losers: Iranian dissidents inside the country and in the diaspora. That’s the impression conveyed by recent coverage of the deal by Voice of America, the U.S. taxpayer-funded broadcaster that is supposed to shed light on closed societies.

Consider the VOA’s Persian-language service. With a $15 million budget, the Persian service constituted one of the larger single components of the more than $700 million American taxpayers spent on U.S. government broadcasting in 2014. Yet one often looks in vain for serious coverage of the debate surrounding the nuclear deal now raging in the U.S.

In a representative case, the broadcaster botched its coverage of a July 23 Senate Foreign Relations Committee hearing in which senior officials, including U.S. Secretary of State John Kerry, were grilled about the pact. Rather than cover the full hearing live, VOA Persian intercut segments of it with a call-in show on fashion in Iran. Much of the on-air English-to-Persian translation of the hearing was provided by a single staffer, even though the hearing involved several English-speaking voices.

“We’ve gone from the mantra of no deal is better than a bad deal,” Sen. James Risch said at the hearing. “And now we’ve gotten to the point where ‘well, you have to accept this or else it’s war.’ ” He went on to take issue with the Obama administration’s binary choice—this deal or war—and grill Mr. Kerry and his colleagues about their numerous concessions to Tehran.

Iranians watching VOA wouldn’t have heard the Idaho Republican’s objections to the deal. The broadcaster cut away from the hearing at 10:56 a.m. Eastern Time to its fashion call-in show and didn’t tune back in until 11:58 a.m., missing almost the entire second hour of the hearing. Cutting back and forth in this manner, the VOA’s Persian service covered half of the hearing, according to a VOA spokesman. The effect was that Iranians heard Mr. Kerry’s opening statement in full but many senators’ objections in truncated fashion or not at all.

The VOA’s English-language coverage of Iran is also problematic. Billed as a straight news story, a June 29 report that appeared on VOA’s English-language website cited “analysts” to support the claim that “out-dated ideas are simply no longer a practical factor in negotiations.” Both sources quoted in the story supported a deal, and the article failed to quote any critics to give readers a taste of the opposing view.

Such reporting runs contrary to the VOA charter, which requires the broadcaster to “represent America, not any single segment of American society” and to “present a balanced and comprehensive projection of significant American thought and institutions.”

The story “should have included a comment or a direct quote from a critic of the Iran nuclear agreement,” the VOA spokesman said in an email.

The lopsided report wasn’t a one-off. In recent weeks VOA columnist Barbara Slavinhas frequently lambasted critics of the current diplomacy. Israel’s Prime Minister Benjamin Netanyahu’s criticism “has not included a realistic alternative” to the nuclear deal, Ms. Slavin wrote in an Aug. 5 column. “Critics of Obama’s foreign policy have wanted the United States to remain an outlier when it comes to dealing” with Cuba and Iran, she wrote on July 21. A week before that: “It would be interesting to hear how Jeb Bush and other critics would improve on an agreement blessed by all the world’s other powers.”

While VOA’s English site does occasionally carry more skeptical views, Ms. Slavin is the only regular columnist. “I am aware that the managing editor of that page is in the process of procuring a counterweight voice,” the VOA spokesman said. Ms. Slavin has been a VOA columnist since 2013. True, VOA’s English-language online content isn’t exactly among the Internet’s best-read. But it has an audience among diaspora communities in the U.S. and, fairly or not, VOA is seen globally as a voice of the American government.

All of which raises the question: Why are taxpayers subsidizing partisan journalism?

Iranians uneasy about handing their regime nuclear weapons will have been left with the impression that few in America share their qualms. It’s bad enough that among the nuclear deal’s big losers are Tehran’s Iranian critics, who will now see the regime that oppresses them enriched and legitimized by its diplomatic triumph over Washington. It’s worse—and cause for inquiry from Congress—that the broadcaster American taxpayers fund to deliver truth and inspiration to such freedom lovers instead has volunteered to propagandize on behalf of that deal.

Mr. Ahmari is a Journal editorial-page writer based in London.