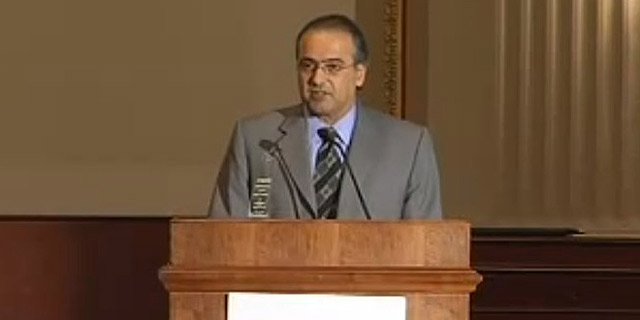 March 2, 2005 4:37 pm 0
What is Wrong with Iraq and PM al-Maliki?
Assad Men Torture Women by Inserting Live Rats in Their Vagina
The Thomas Affair: A Letter to Wayne State University

Since the murder of former Lebanese Prime Minister Rafic Hariri about two weeks ago, we’ve seen the rumblings of what some are calling a “Cedar Revolution” in Lebanon, as, most recently, the Baathist government there has resigned.

Farid Ghadry is no stranger to Lebanon, where his family emigrated to when he was ten years old, or to the Syrian Baathists in his homeland. Born in Syria, Farid Ghadry, is president of the Reform Party of Syria, “a US-based opposition party” of pro-democracy Syrians.

In the wake of Lebanon’s government stepping down, NRO Editor Kathryn Lopez caught up with Ghadry to get his quick read on the state of play in both Lebanon and Syria.

National Review Online: How big of a deal is the government resignation in Lebanon? Were you surprised by it?

Farid Ghadry: It is a huge deal because not only did it show that the peaceful will of the people can prevail in curbing despotism, but it also showed how weak Syrian Baathists are. And that is very important. The Syrians and Lebanese have lived the last 44 and 29 years respectively under fear from a powerful police state that is accountable to no one. The Lebanese experience with the killing of Hariri has demolished the concept that Syrian Baathista are all-powerful and they are accountable to no one. The Lebanese people are emboldened by the support of the international community and members of parliament like Ahmad Moufatfat and Walid Ido have warned high Syrian intelligence officers that they seek to bring them to justice if implicated in the killing of Hariri.

NRO: How much of a risk is it for these people who are out in “martyrs’ square” protesting?

Ghadry: It would have been risky if the Lebanese army followed orders by stopping demonstrators and used violence against them. But as it turned out, the Lebanese army helped the peaceful march by allowing people to sneak into martyrs’ square, thus challenging their own orders. We saw army people wearing armbands with the color of red and white and small children distributing white roses to the army who did take them. That in effect is what brought the government down. They could not control the people or the army.

NRO: Is it realistic that Syria might wind up leaving Lebanon?

Ghadry: Syria will resist leaving Lebanon for two main reasons: 1) It is the last battle stand for the besieged Baathists in Damascus and 2) It does not want to show that it is buckling under pressure. Baschar al-Assad, the illegitimate president told La Republica, an Italian newspaper, that they will leave in one year. This was a test balloon that got a strong reaction from President Bush and Secretary Rice. We believe they will resist for as long as they can. My friend Michael Ledeen told me that the demonstrations in Lebanon are really freeing Syria. How true that statement is!

NRO: Are the people in Syria liable to be seriously encouraged by the Lebanese? Or is the Baath grip too strong?

Ghadry: In my talks with the Syrians inside Syria, they are resisting demonstrating because as one human-rights activist told me: “President Bush has yet to call for freedom for the Syrian people.” The Syrians are afraid to march without the international cover and the encouraging words of our president. We believe that the moment Syria leaves Lebanon, the president will hammer a strategy for Syrians to gain their freedom and democracy away from a culture of violence that is besieging Iraqis, Lebanese, and now Israelis. It is a question of time and that is why Syria may not leave Lebanon peacefully. On the other hand, the Baath party’s grip is strong, but the events in Lebanon have shown a brittle militant system that, if pushed a bit, could break apart.

Ghadry: We believe that first and foremost, the United States need to understand that most Syrians are peaceful people. The majority are Sufi Muslims that want to live in peace and do not share the vision of other extreme Sunni Muslims in introducing [Islamic law] as the staple of a new Syrian government. There are those of us who have lived in the U.S. and feel that the interests of both countries are parallel — delivering at the same time a peaceful nation and a nation that wants to bring economic prosperity through a culturally sensitive capitalist society. The United States must leave the Syrians a chance to show that we are worthy of building a better nation. What we want is help to overthrow the regime, but what we do not want is interference the way it is happening in Iraq today with members of the government more loyal to U.S. intelligence agencies than to their own people. We are people of strong and healthy convictions that will, when given the chance, lead our nation to prosperity and peace without the heavy-handed U.S. government-backed supervision.

NRO: What should Americans know about the people you talk to inside of Syria?

Ghadry: They are hopeful. They are hungry for information. They want their country back but they do not want a war. They want to be proud of their Syrian heritage that brought the first alphabet and a rich culture and civilization. Most important of all, they all want their freedom. Reform Party is planning soon a symposium on Syria in Washington that will bring people from inside Syria to talk about these issues and we will inform the public about it.

Thank you for giving us the opportunity to talk about our beloved nation Syria.