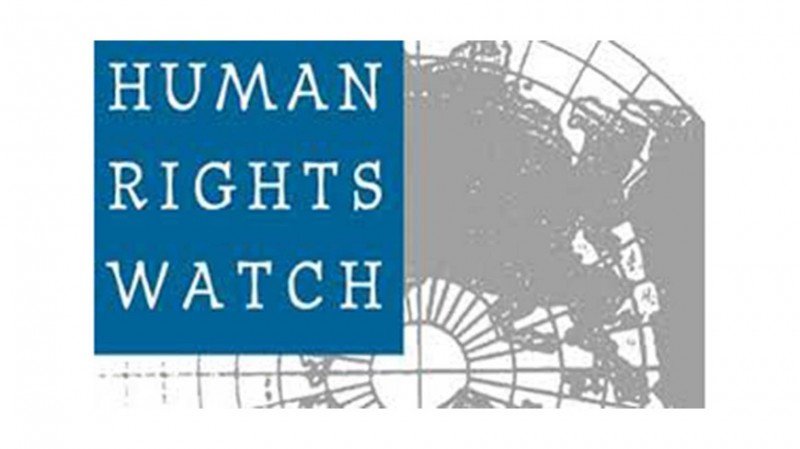 A Leading Role for HRW and Amnesty

Human rights organizations have been quite in the news lately with some of the light shining on them instead of the usual bright light they shine so well onto others. There is a leading role for HRW and Amnesty to embrace.

There is little doubt of the effectiveness of organizations like Human Rights Watch and Amnesty International, which have done a superb job of calling the Assad regime for its clear violations of the human rights of dissidents and ordinary citizens in general.

Syrian prisons are full of innocent Syrians whose liberties have been snatched from them just because they find the courage to speak their mind or to point their finger when they see the regime leading the country into a downward spiral. Faithfully, HRW and Amnesty have fulfilled the obligation of their humane mission by strongly advocating for the weak and the helpless in Syria.

But that is not enough.

In every conflict between the oppressor and the oppressed, there is an initial period of clash that if the oppressor can survive, he will hauntingly pursue his policies with the precision of a Swiss horloger. That clash is manifested by the initial foreign government protestations or a press release by HRW followed by mentions in the foreign media or quiet diplomacy. If the oppressor survives these initial signs of indignation, he will continue punishing at will the oppressed.

Take Haytham al-Maleh case as an example, a Syrian dissident who has been detained just one week ago. There has been quite a flurry of activities from the four corners of the world — some sincere and some politically motivated I might add — but Maleh is heading to jail and the brouhaha is over. All is quiet on the Syrian front, which is what drives the regime to continue oiling its machine of terror. The regime knows what HRW and Amnesty will do and it does not care.

The winner will always be the oppressor if the good intentioned NGO’s advocating for human rights do not change tactics. There is a leading role for HRW and Amnesty to embrace.

Oppressors draw their staying power from foreign governments supporting their work. Without these powers, oppressors will have a hard time keeping their keel always in sync with their sails. The lessons we all learned from the success of Mandella’s work is the almost unanimous support foreign governments provided, sometimes to their detriment, to pressure change upon the Apartheid system of South Africa.

If you want success against the regimes oppressing their people, first start by targeting the foreign or western governments who support that regime.

Deep in cubicles and corner offices at government agencies, there are officials who work endlessly in support of one policy or another to shore-up that violent Middle East dictator free to torture his own people or to kill at will because he knows that there is no systematic effort to suppress his appetite for violence. These are the unknown faces of policy makers behind the scene who provide the oppressor with the laissez-faire approach he needs to oppress. Find these people out and flush them in your press releases by naming them one at a time. Your charters provide you with the morality to name those faceless bureaucrats who are oblivious to the miseries of others. Your lawyers will determine the language best suited to flush with impunity. There is a leading role for HRW and Amnesty to embrace.

It is almost a guarantee when they see their names appear in the newspapers connected with causing the miseries of others, they will think twice about their policies. Even the mention of their mission or designated acronym may work. You may even force them to visualize the long-term benefits of lifting the people of the Middle East instead of suppressing their desire for freedom and equal opportunities.

No matter the justification one official or another makes in support of dehumanizing the Syrian people or any other people living under the threat of a Middle East dictator, it is my strong belief this is not in the best interests of the United States or Syria for that matter. We have had Arab dictators in power since the sixties and yet we have more terror, more wars, more ignorance, and the divide between those who can and those who cannot is growing ever so large steadily. In short, there is no stability in oppression.

Amnesty and HRW and all the other NGO’s advocating for human rights should coalesce their efforts to go after the most violent dictatorships. One at a time and in a systematic fashion. Do not stop until you really make a difference in the lives of millions your courage and sacrifice they all feel.

After one success, you will be turning philanthropists away.

A Leading Role for HRW and Amnesty