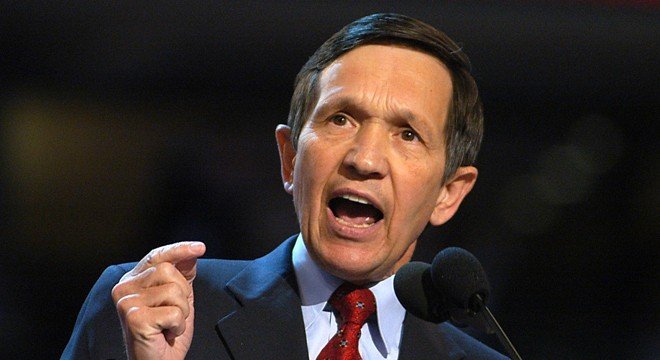 Dennis Kucinich, the Ohio congressman who visited Syria recently, claims in an NPR article that he was misquoted for praising the Assad regime.

Let’s suppose there is no buyer’s remorse here for a moment even though we do not buy it because Kucinich loves tyrants and dictators.

We think what Kucinich said is exactly what he said. Visiting these palatial residences has a way of blinding the weak.

But let us suppose he was misquoted.

Also, let this be a friendly reminder to all would-be “Kuciniches” who are willing to take a free ride on the back of the Syrian people for publicity stunts that Assad will burn you. Avoid this regime as you avoid the pest.

As for Denis Kucinich, there is a price to pay when you befriend a savage like Assad. His teeth sunk in your neck and unfortunately for you, you will bare the scars for the rest of your political career.

Congressman, you deserve what you got for being so naive and inconsiderate.

Masochism for Tyrants, Sadism for Democrats
Assad must be dreaming he can glue Syria together
Another Clear Sign Assad is Getting Desperate to Hold on in Syria
Western Appeasement 483