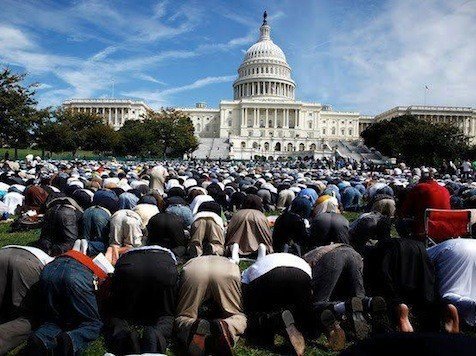 9/11: Time for Million Muslim Men to Shut up

August 19, 2013 6:26 pm 0
Fanatic Muslim Bastards Blow Up Syrian Treasure
Sectarian War Assad Started Is Getting Uglier
It is not about the Alawites of Syria, It is all about Assad

An organization calling itself American Muslim Political Action Committee — that cannot even afford its own domain name (ampacus.webs.com) — is making many waves with its bold move to organize a million Muslim men march and even a bolder one by marching on the same date Muslim extremists attacked America at home.

According to the AMPAC website, their mission is to:

And AMPAC believes it can achieve these goals by marching on the same day all Americans remember for our terror! Who runs AMPAC PR Department? Anthony Weiner?

Theirs is not a message of “participation”, or “promotion”, or “encouragement”, rather, it is a message that Sharia is coming to America.

On 9/11, I intend to remember all those who perished and keep my mouth shut. It is the only day in the year when I feel my silence is necessary and the best way to express how sorry most American-Muslims are for the tragedy of 9/11.

You see, those responsible for the terror did it in our name (Arabs) and under the banner of our religion (Islam). If we cannot feel the weight of that responsibility, we do not deserve to be Americans.

Besides, why use the word “Muslim” to describe the march if religious divisiveness is not the intent?

We, Muslims, all escaped tyranny to seek refuge in one of the world”™s freest countries. We all extricated ourselves from despotic Muslim regimes in order to enjoy the freedom of speech Americans enjoy equally. We all arrived to America knowing our rights are protected if we respect the laws of the lands we were desperately chasing.

No one forced us or forced our ancestors to immigrate to America.

No Muslim can have more freedoms or more tolerance than in the US.

So, why are we Muslims marching?

To protest Guantanamo? Then say it. Do not use empty words to hide your intentions.

To protest the use of drones against Muslim terrorists? Necessary in order not to repeat 9/11, the day chosen by us Muslims to protest against a freedom we can only dream about in any Muslim country.

To protest treatment of Muslims in general? Baloney. We have a President whose father was a Muslim and who extended a generous hand to the Muslim world.

To protest “against fear” as AMPAC claims in their flyer? Who should fear whom on 9/11?

What does the motto of AMPAC “a civil right movement for humanity” means? Why not march in a Muslim country where humanity suffers the most from lack of civil rights?

More than likely, AMPAC will get some generous donations from some Wahabbis in Saudi Arabia, which could either mean this was a PR stunt or more harm to come if AMPAC insists on holding the event on 9/11.

My own assessment this is a PR stunt concocted to attract undue attention. AMPAC has no clue what it takes to organize one million men (and no women) to march. Unless they think, they can flash mob the event.

The best way to respond to the Million Muslim Men March now or in the future is to open more oil fields to Fracking.

9/11: Time for Million Muslim Men to shut up